Dr. Seyed Hassan Tabatabaei Nejad, Chairman of the Asian Council on Health and Education from Iran, moderated the breakout session on health and education, which featured three panelists. […]

History of the Asian Council on Health and Education (ACHE)

Human resources are the most important asset of any business enterprise. The development of this asset is crucial in improving enterprise efficiency, introducing market innovation, and increasing opportunities for market expansion. Economists also emphasize that an improvement in the quality and health condition of manpower constitutes the main driving force behind economic growth. Consequently, if countries are not able to develop and strengthen their human resources, they would not be capable of developing their economies.

With this in mind, CACCI has formed CACCI has therefore Asian Council on Health and Education (ACHE) to provide members a vehicle for examining how the private sector and governments in the region can invest increasingly in human resources and technology to address the emerging skills requirements associated with the changes in production patterns, including capabilities in the management of technical, financial and human resources of enterprises.

The establishment of the ACHE was endorsed by the 79th CACCI Council Meeting held in Istanbul, Turkey on March 7, 2011. Dr. Hassan Tabatabaei Nejad, Secretary and Member of the Board, International Healthcare Association; Managing Director, Sina Health System from Iran, was subsequently designated as Chairman of ACHE.

The ACHE held its first breakout session on October 3, 2012 in Kathmandu, Nepal in conjunction with the 26th CACCI Conference, under the chairmanship of CACCI Vice Chairman Mr. Jemal Inaishvili. The session invited two local speakers to speak of the status and prospects of health and education systems in Nepal, and they were: Dr. Suresh Raj Sharma, Vice Chancellor, Kathmandu University and Dr. Rajesh Nath Gongal, Dean of School of Medicine, Patan Academy of Health Sciences.

The second breakout session of the ACHE was held on March 15, 2013 in Cebu, Philippines in conjunction with the 27th CACCI Conference. The session was chaired by Dr. Seyed Hassan Tabatabaei Nejad and attended by two invited speakers, namely: (i) Fr. Dionisio Miranda, President, University of San Carlos, who made a presentation on the status and prospects of health and education Systems in the Philippines; and (ii) Dato’ Ghazali Bin Dato’ Mohd. Yusof, Executive Chairman, Nusantara Technologies Sdn Bhd, who introduced the education situation in Malaysia.

The third breakout session of the ACHE was held on September 19, 2014 in Kuala Lumpur, Malaysia in conjunction with the 28th CACCI Conference. The session featured speakers who shared their views on the topic “The Digital Economy – Transforming the Marketplace.” 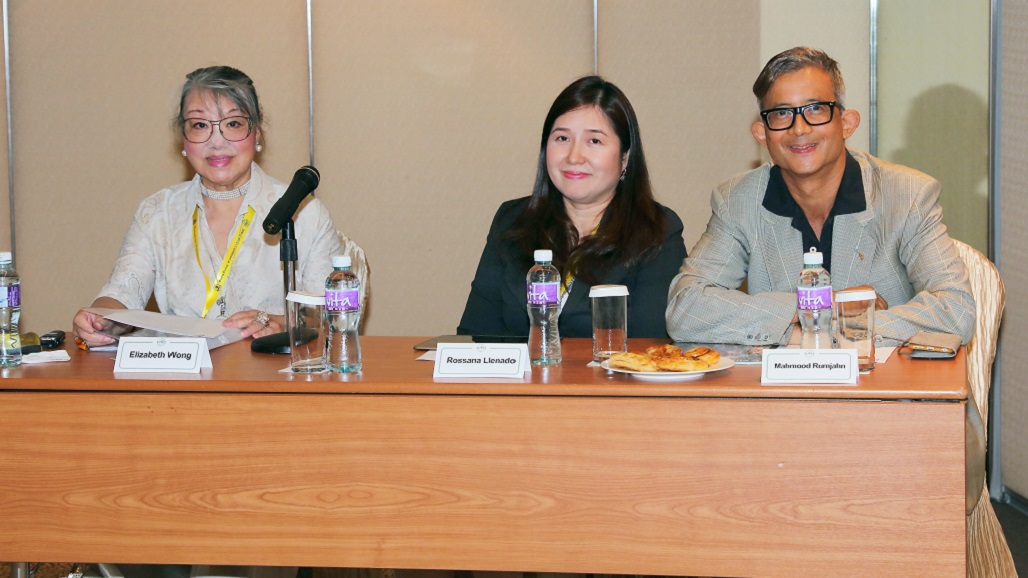 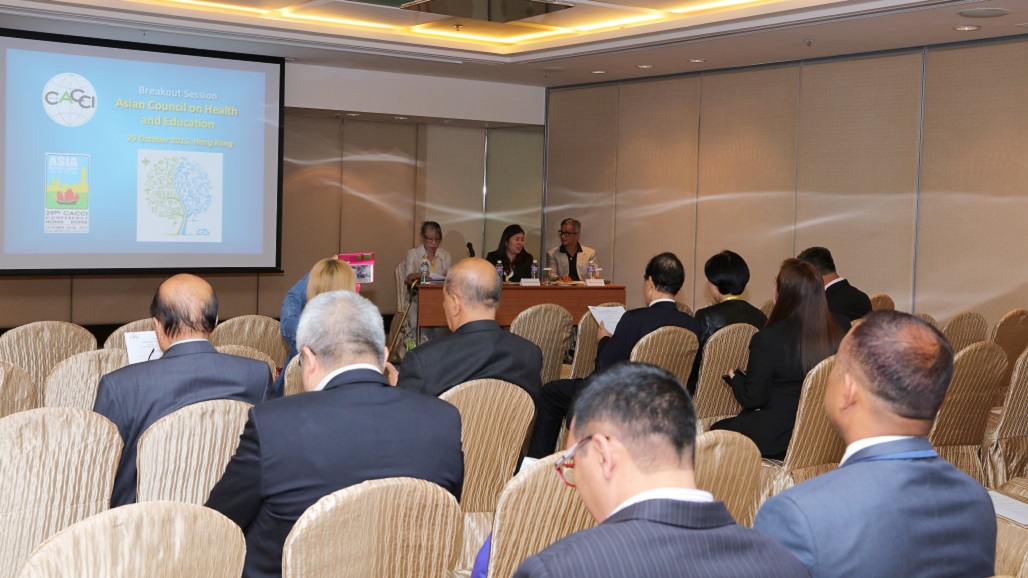 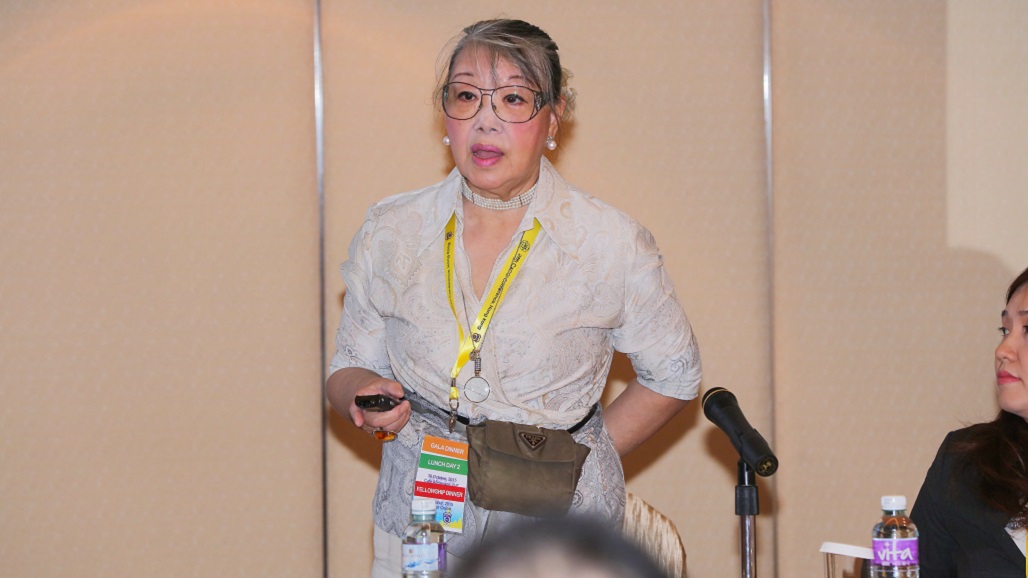 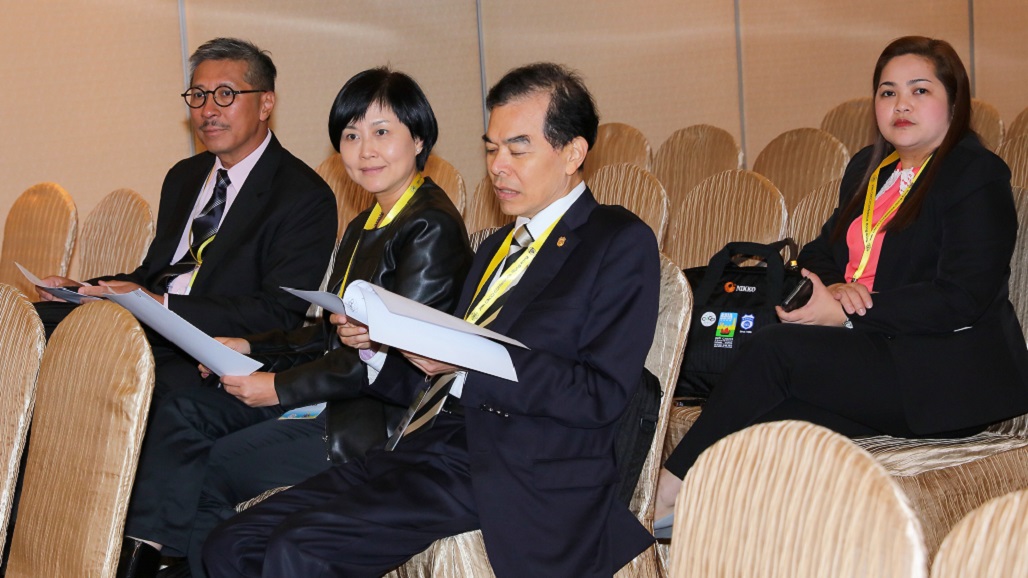 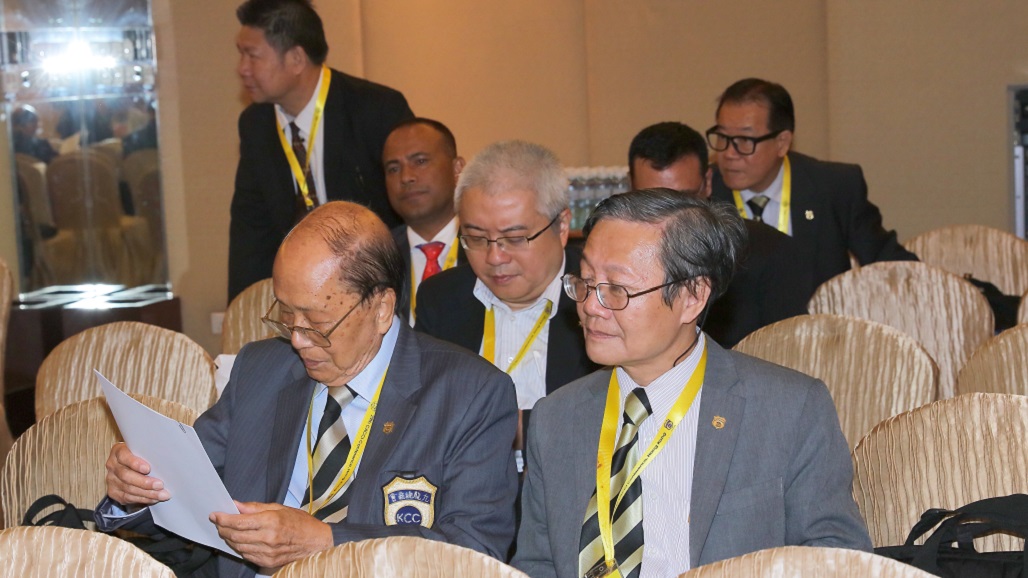 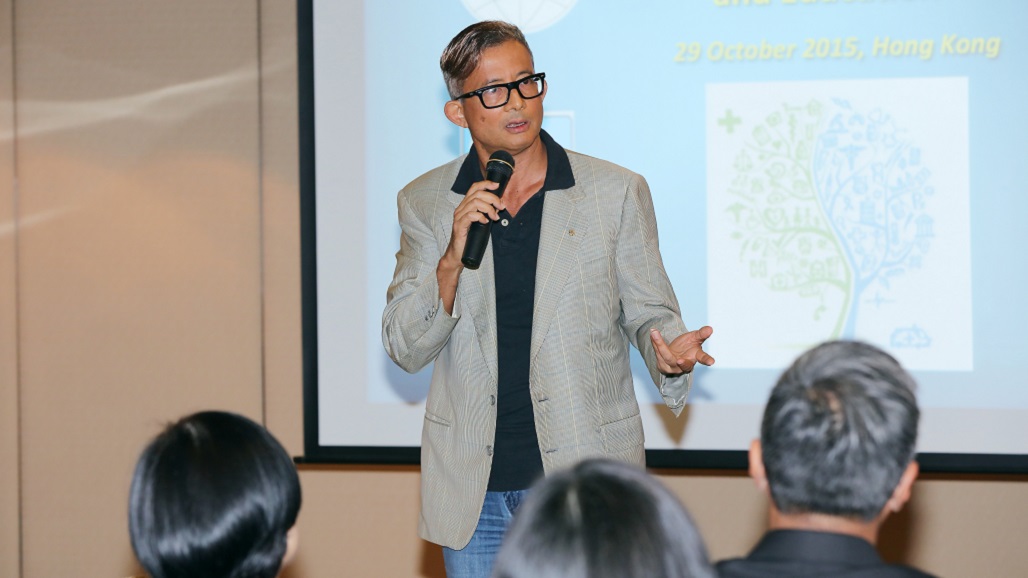 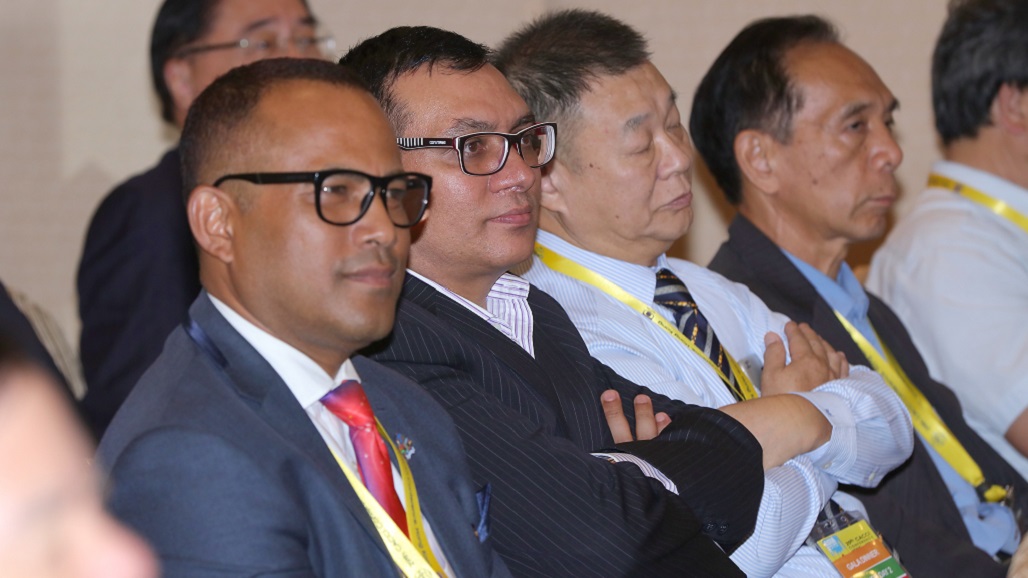 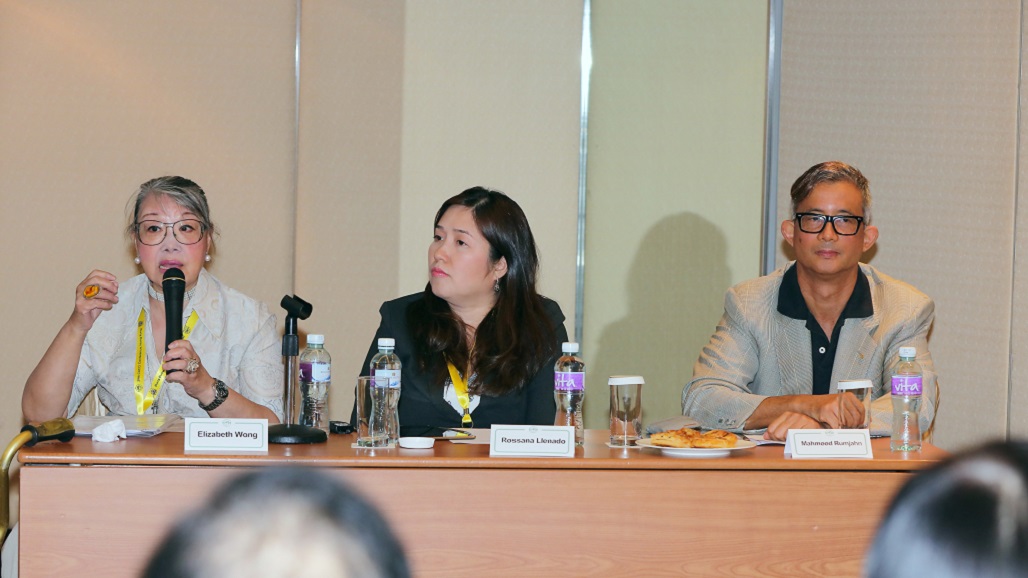 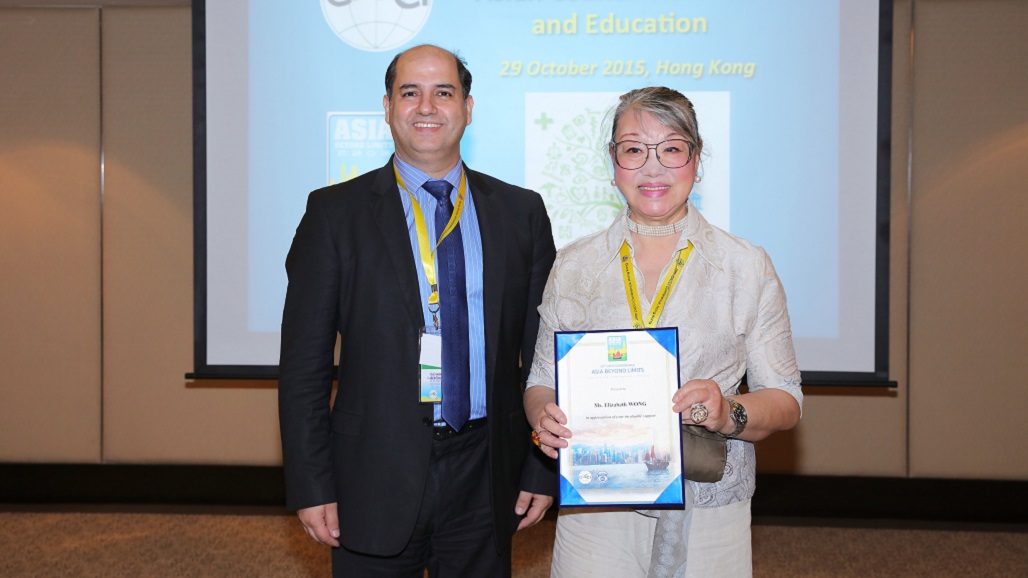 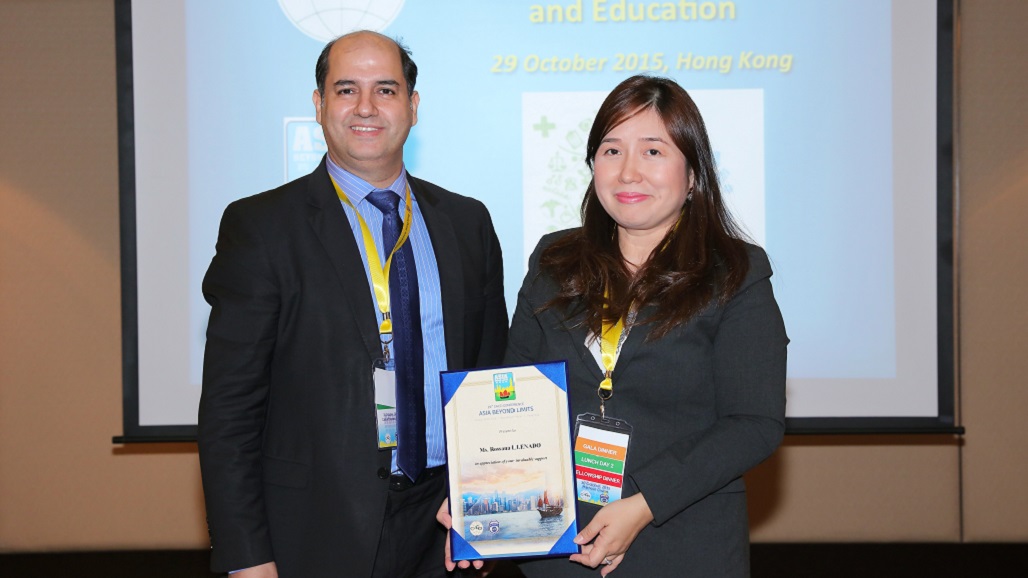 Dr. Seyed Hassan Tabatabaei Nejad, Chairman of the Asian Council on Health and Education from Iran, moderated the breakout session on health and education, which featured three panelists. […]

Ms. Elizabeth Wong, Writer, Former Director of Social Welfare and Former Secretary for Health and Welfare of Hong Kong SAR, shared her thoughts on health and education. She defined health as a state of social, mental and physical well-being which correlates with personal satisfaction. According to her, the key determinants of health are social, economic, physical, lifestyle, and behavioral environments , and that the key factors related to health are genetics, culture, education and biomedical factors. On the other hand, she defined education as the process of learning to gain knowledge, skills, values, and beliefs. It is transferred through story telling, discussion, formal teaching, training, and research.  Ms. Wong concluded her presentation by saying that health and education are interlinked; one cannot exist without the other. One’s health is not only linked to ones’ own education but the education of other people on whom one depends to survive.

Ms. Rossana Llenado, President of AHEAD Online from the Philippines, talked about how she started her work in the field of education, what motivated her to go into this field, what were the challenges she encountered along the way and how she overcame them, why she thinks education is vital for the economic development of a nation, and how she foresees the business of education will develop in the future (e.g., online tutorials). She also outlined some of the activities undertaken by her company to promote education in the country – e.g., review programs for college and professional exams, business English program for executives, training for teachers and employees, among others.  She also cited some of the competitive advantages of the Philippines in the filed of education – e.g. good teachers which are in demand all over the world; the friendly, happy and caring nature of the Filipinos.

Mr. Mahmood Rumjahn, Founder and Chief Executive Officer of MnS Music from Hong Kong, examined strategies for implementing regional cooperation in education, taking into account the not only the cultural and religious characteristics across countries but also the differences in their levels of economic development.