Mr. George Abraham, Chairman of the SME Development Council (SMEDC) from Singapore, reported that he began the session by briefing the participants on  the SMEDC and its activities. Mr. Abraham’s introductory remarks was followed by the presentation of Mr. Homer Yu, Secretary, Business Affairs Department, Kowloon Chamber of Commerce. Mr. Homer Yu spoke on the SMEs in Hong Kong and the challenges faced by them. These included the following: […]

CACCI believes in bringing the small and medium enterprises, or SMEs, into the mainstream of economic development. Because of their size, however, SMEs face limitations that make them less resilient to risks and prevent them from attaining economies of scale. These limitations are particularly significant in the areas of human resources development, technological capability, and access to financing, information, markets.

CACCI has therefore established the SME Development Council with the aim of providing a platform for members to how SMEs can be given enhanced support in order to reduce, if not totally eliminate, the said limitations, and thus allow them to be competitive both domestically and internationally.

The 65th CACCI Council Meeting, held on October 30, 2002 in Jeju, Korea, endorsed the establishment of the CACCI Council on SME Development.

The CACCI Council on SME Development held its first meeting in Taipei on February 13, 2003, primarily to formulate a set of policy recommendations for the promotion of small and medium enterprises (SMEs) in the region. Mr. George Abraham from Singapore was elected as Chairman.

The SME Development Council convened its second meeting during the 67th CACCI Council Meeting held on 9 December 2003 in Kuala Lumpur. During the meeting, Mr. George Abraham, Chairman of the CACCI Committee on SME Development, submitted the 2004 work program of the Committee for approval by the Council.

A 3rd. breakout session on SME development was held during the 68th CACCI Council Meeting on May 19, 2004 in Phnom Penh, Cambodia. Mr. George Abraham gave an overview of SME development in the region (including current problems and the results of an earlier survey of ASEAN SMEs). The session also agreed to pursue a number of activities.

Mr. George Abraham chaired the fourth meeting of the CACCI SME Development Council held during the 70th CACCI Council Meeting held on October 28, 2005 in Tbilisi, Georgia. The Committee discussed the challenges SMES face in the areas of management, market access, technology, and financing.

The fifth meeting of the SME Development Council was held in Taipei on November 1, 2006 during the 21st CACCI Conference. Delegates discussed some of the elements of the national development plan of the Taiwanese government (including the 4 major investments and the 10 major plans), and exchanged views on how the government can help to strengthen the management and financing of SMEs.

The Manila Meeting of the CACCI SME Development Council, held on October 22, 2008 during the 22nd CACCI Conference, featured presentations on SME development programs of the Philippines and Singapore.

The Breakout Session of the CACCI SME Development Council was held on May 31, 2009 in Yokohama during the 23rd CACCI Conference. Speakers from Singapore and Japan shared the experiences of their respective countries in revitalizing SMEs.

The eight breakout session of the SMEDC took place on July 6, 2010 in conjunction with the 24th CACCI Conference in Colombo, Sri Lanka. SMEDC Chairman Mr. George Abraham briefed the participants on the recent activities of the Council; Mr. Asoka Hettigoda, Vice President of the National Chamber of Commerce of Sri Lanka, made a presentation on the current situation in Sri Lanka’s SME sector; and Mr. Chandula Abeywickrema, Deputy General Manager, Marketing and Retail Banking at Hatton National Bank, talked about the programs that banks and financial institutions in Sri Lanka have set in place to address the problems and concerns of the local SMEs, particularly those pertaining to SME access.

The ninth meeting of the SMEDC was held on March 7, 2011 in Istanbul, Turkey in conjunction with the 25th CACCI Conference. SMEDC Chairman Mr. George Abraham shared his views on the relationship between the private sector and the government in promoting SME development; Dr. Metin Satir, Vice President of SME Development Organization of Turkey (KOSGEB) made a presentation on the contribution of SMEs to the country’s economy, problems faced by local SMEs, the government’s plan for SME development; and KOSGEB’s activities to support the growth of the country’s SMEs.

The 11th breakout session of the held on October 3, 2012 in Kathmandu in conjunction with the 26th CACCI Conference. It was chaired by Mr. Prudencio J. Gesta, President, Cebu Chamber of Commerce and Industry Inc, on behalf of SMDC Chairman Mr. George Abraham. Attended by some 40 delegates, the session featured several speakers who made good presentation about their experience, and challenges in business and political leadership, sharing their strategies and overall success story.

The SMDC held its 12th breakout session on March 15, 2013 in Cebu, Philippines, in conjunction with the 27th CACCI Conference. Chaired by Mr. George Abraham, Chairman and Managing Director of GA Group Pte Ltd. of Singapore, the Cebu breakout session featured a presentation by Mr. Abraham on the current status of the SME sector in the Asian region. Speakers from the Philippines also gave an overview of the country’s micro, small and medium enterprises, outlined some of the challenges they face, and discussed the SME Development Plan of the Philippines. 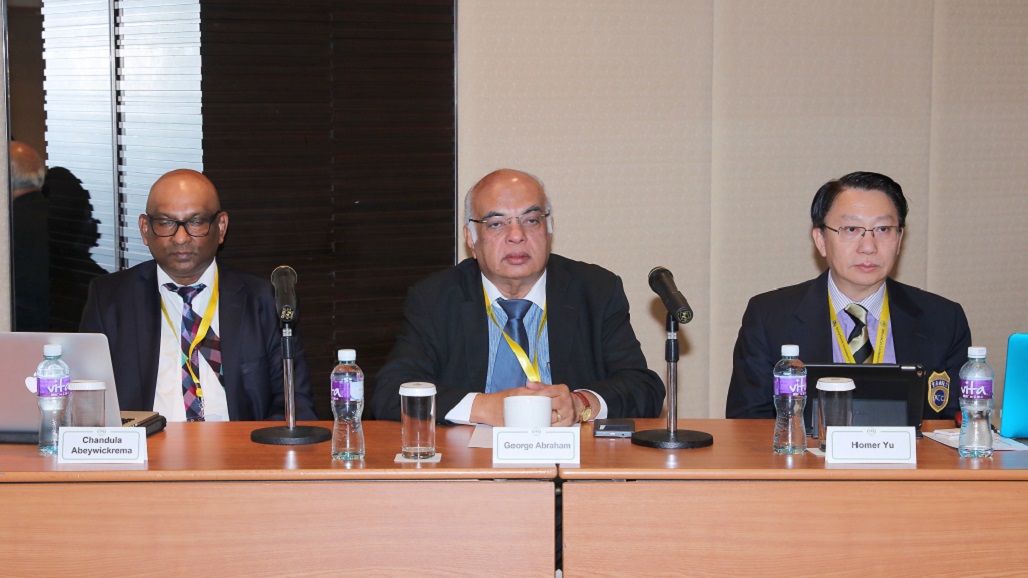 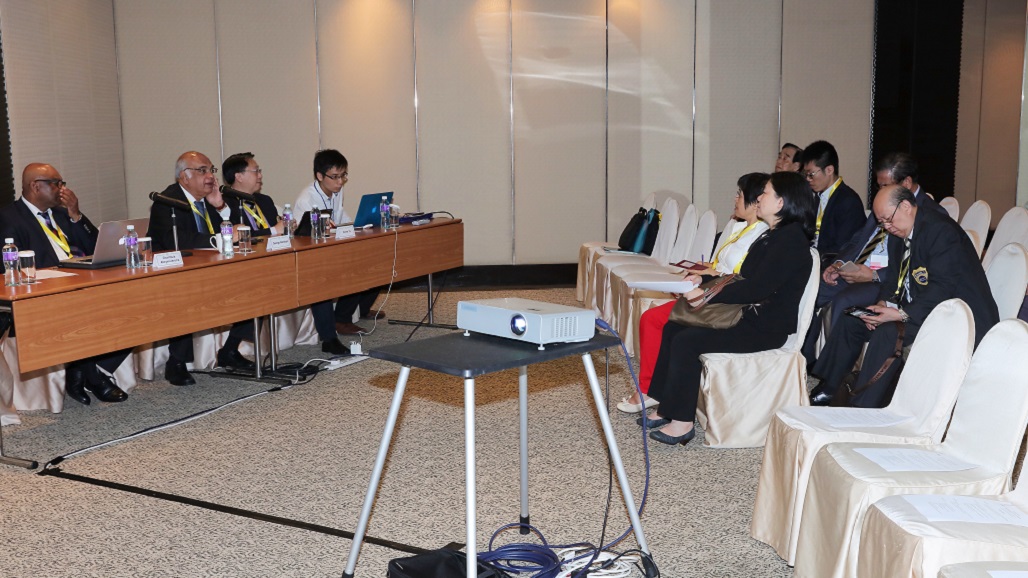 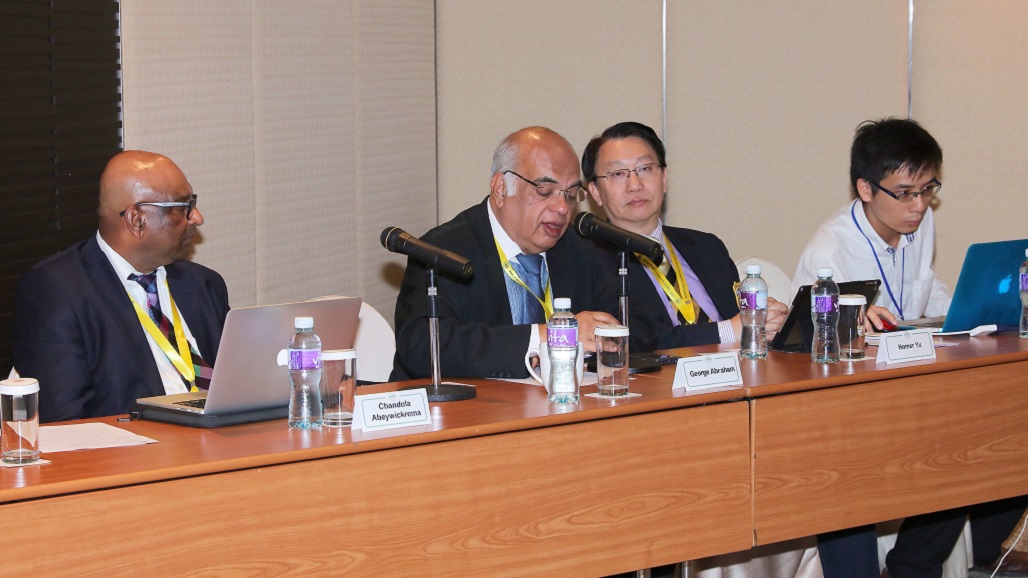 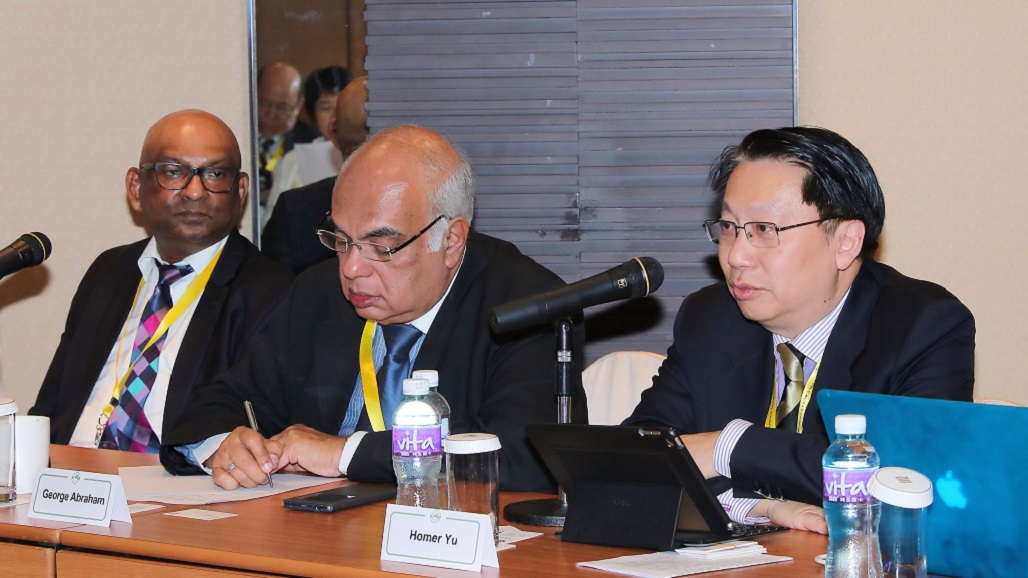 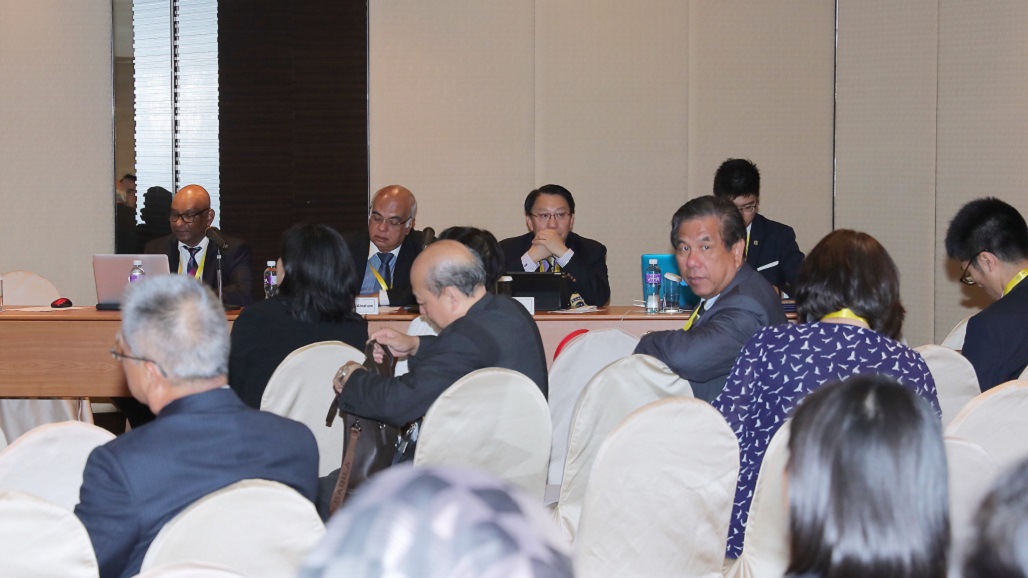 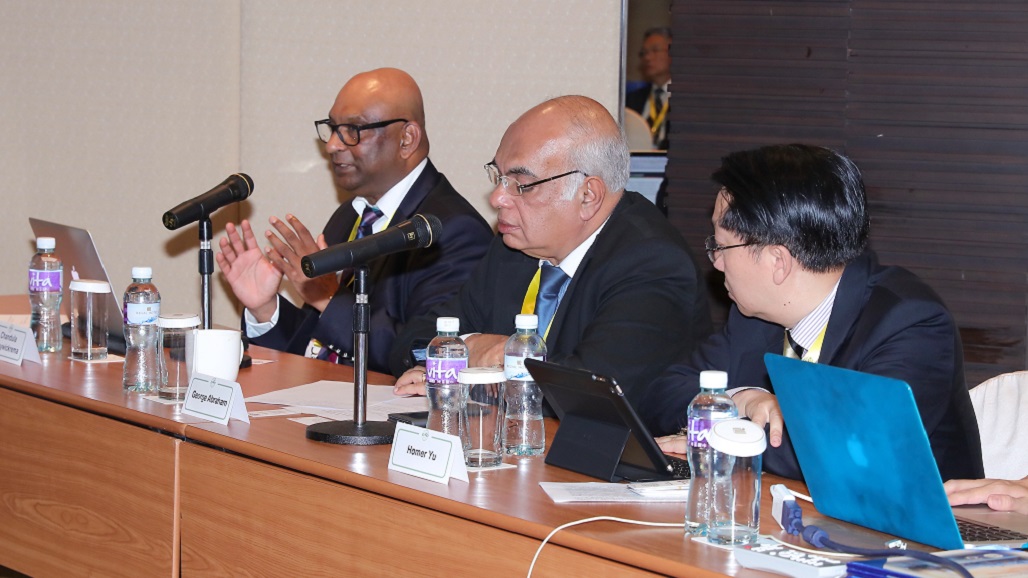 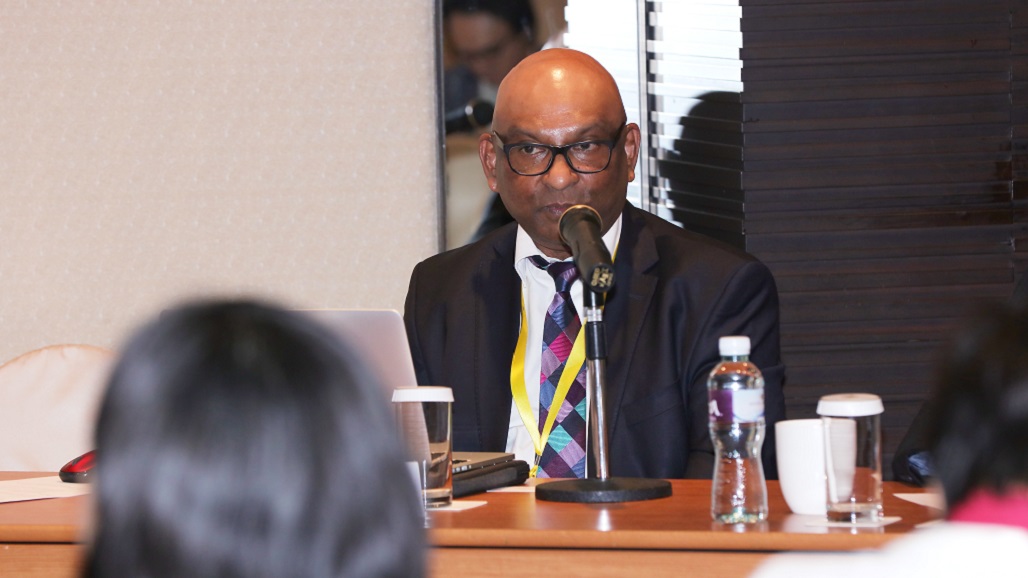 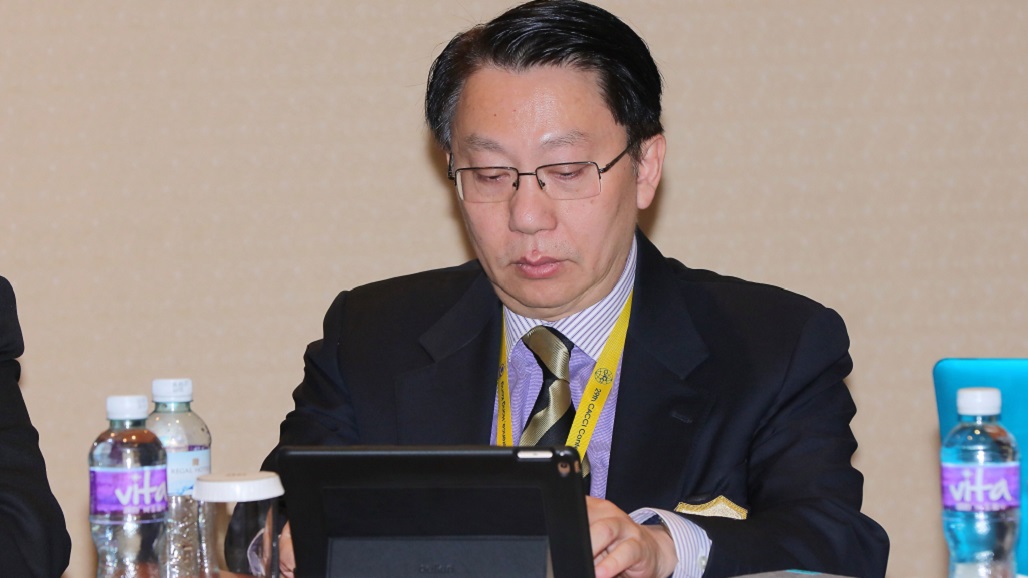 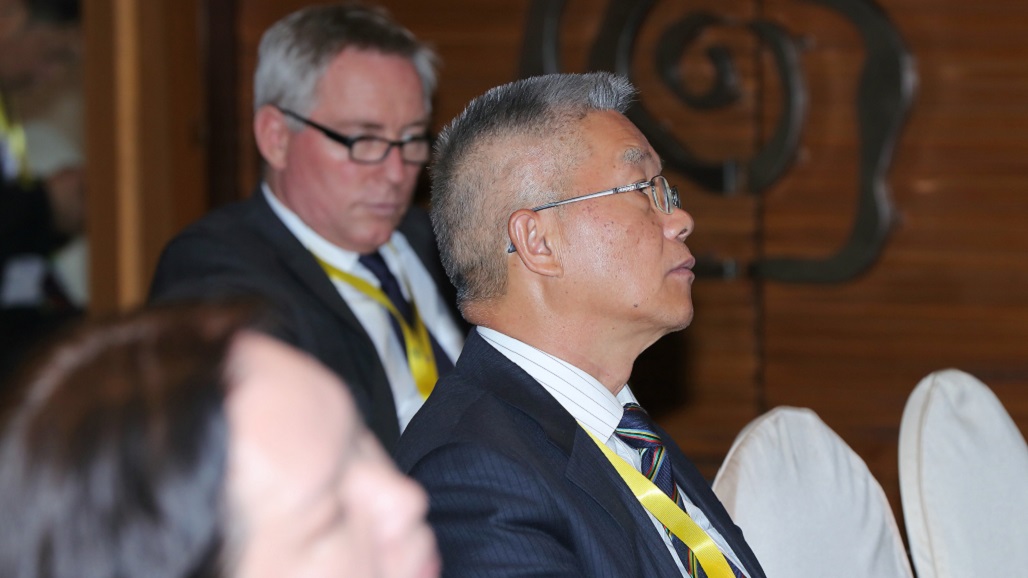 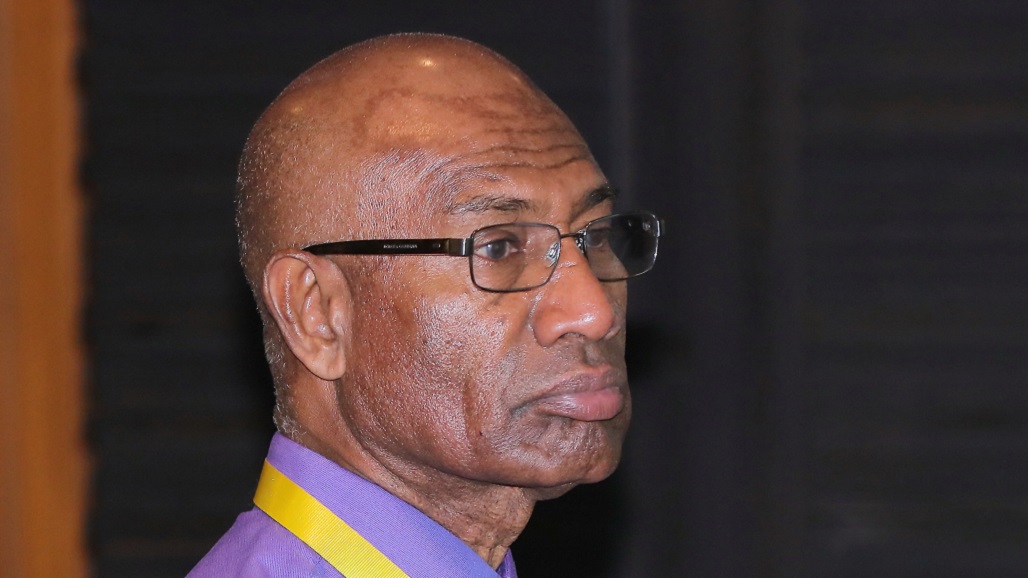 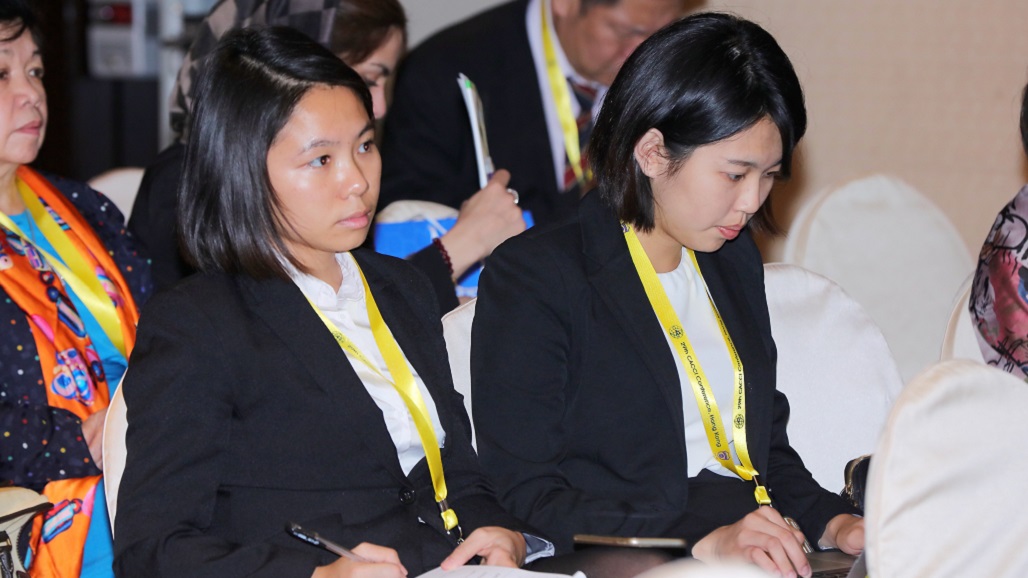 The second speaker, Mr. Chandula Abeywickrema of Managing Director/CEO of CCC Solutions Pvt. Ltd from Sri Lanka addressed the need for promoting growth of SMEs in the region:

Chairman Mr. George Abraham then addressed the meeting with an overview of SMEs in the Asia Pacific region. Using country examples, he pointed out that 97% of enterprises are SMEs and in every country they account for a significant portion of employment. However, the economic contribution of SMEs varied among the CACCI countries and the SME export value as a share of total export value also varied. However, it also provided opportunities for growth. He then briefed the meeting on ASEAN’s strategic action plan for SME development which clearly defined the mission, objectives, guiding principles, current status, and future policies and programmes for ASEAN SME Development.

Mr. Abraham pointed out that the plan had specific goals with regard to access to finance, market and internationalization strategy, human resource development (HRD), information and advisory services, technology and innovation. He stressed the importance of a plan of action for CACCI countries which included a working relationship between the private and government sectors. He summarized the action plan for CACCI as follows:

In order to highlight the importance of private and government sector relationship in SME development, he gave examples of Singapore companies benefiting from programmes initiated by the Government of Singapore through its agency SPRING Singapore. He gave the examples of:

The discussion that followed brought out the following points:

In his concluding remarks, Mr. Abraham requested CACCI members present to provide relevant information on SMEs and their countries for the CACCI SMEDC newsletter and wherever possible, highlight success stories that could be used as role models.