During the 30th CACCI Conference held in Taipei, the Special Session on Tourism was organized under the chairmanship of Mr. Anura Lokuhetty from Sri Lanka, with two invited speakers from Taiwan and the Philippines, respectively: […]

History of the Asian Council on Tourism (ACT)

Currently Tourism industry is having great impact on Thailand, Australia, and New Zealand. It is ranked second in Hong Kong, Malaysia and the Philippines, and ranked third in Singapore and Indonesia. Japan is surging as well on inbound and outbound tourism. Strong intra-regional tourism growth supported by consistently rising disposable incomes, coupled with continued expansion of airline seat capacity to new destinations within the region, remain a key factors in driving Asia and Pacific tourism in the foreseeable future. There is no question that the coming decade leading into 2020 is set to become the Asia Pacific decade in tourism.

CACCI recognizes that developing and maintaining a successful tourism industry has clearly become a major element in the economic and social development of many countries in the region. It is for this reason that CACCI has established the Asian Council on Tourism (ACT) – to provide members the opportunity to exchange information on current developments and trends of the tourism sector in their respective countries and in the region as a whole, and to exchange ideas on how to explore, individually and collectively, opportunities to nurture and showcase the cultural distinctiveness of each country in this vast and expansive region.

CACCI held its first breakout session on Tourism during the 60th CACCI Council Meeting held on 18-19 May 2004 in Phnom Penh, Cambodia with the view to formally organizing a CACCI Asian Council on Tourism. Discussions during the session focused on the current situation and problems in the tourism industry of Cambodia. The session agreed in principle to formally organize the Asian Tourism Council as a new Product and Service Council of CACCI, with Mr. Om Pharin from Cambodia as Chairman.

Mr. Prema Cooray, Secretary General of Ceylon Chamber of Commerce, chaired the second meeting of the Asian Council on Tourism (ACT) on February 17, 2005 in New Delhi during the 69th CACCI Council Meeting. The participants cited some issues in the tourism sector such as the need to improve and upgrade infrastructure facilities, the importance of effective marketing, and the need for government policies to ease cross-border travel, among others.

Mr. George Abraham chaired the third breakout session of the Asian Council of Tourism on behalf of Mr. Prema Cooray on October 27, 2005 during the 70th CACCI Council Meeting. The session agreed on a number of measures to help promote the tourism industry in the region.

Mr. Prema Cooray chaired the fourth meeting of the Asian Council on Tourism on November 1, 2006 during the 72nd CACCI Council Meeting in Taipei. Presentations were made on the government policies and private sector measures adopted in Malaysia, Singapore, Thailand and Taiwan.

Ms. Lilakshini de Mel, Senior Assistant Secretary General of Ceylon Chamber of Commerce and Industry, chaired the fifth breakout session on tourism on July 26, 2007 in Perth. Honourable Fran Bailey,Federal Minister for Small Business and Tourism of Australia, shared her insights on the challenges faced by the tourism industry of Australia, and possible areas of cooperation among CACCI countries to help promote tourism in the region.

Mr. Prema Cooray chaired the sixth meeting of the Asian Council on Tourism on October 22, 2008 during the 21st CACCI Conference. Delegates from Sri Lanka, the Philippines, Taiwan and Japan presented the tourism promotion programs of their respective countries.

The seventh breakout Session of the Asian Council on Tourism was held on June 1, 2009 in Yokohama during the 23rd CACCI Conference. Chaired by Mr. Prema Cooray, it focused on building networks of tourism in the region.

The eight breakout session of the ACT took place on July 6, 2010 as part of the program of the 24th CACCI Conference in Colombo, Sri Lanka. ACT Chairman Mr. Prema Cooray spoke on the contribution of hotels to sustainability, while Mr. Hiran Cooray, Chairman of the Pacific Asia Travel Association talked about developments in international tourism.

The ninth meeting of the ACT was held on March 7, 2011 in Istanbul, Turkey in conjunction with the 25th CACCI Conference. ACT Chairman Mr. Anura Lokuhetty spoke on the current state of tourism in Asian countries; Mr. Hasan Arat, Chairman of the Tourism Sector Assembly of Turkey under the TOBB umbrella made a presentation on the status and prospects of tourism in Turkey; and Mr. Salman Javed, Chief Operating Officer of Korean Air in Pakistan, talked about the development of tourism in his country.

The tenth meeting of the ACT was conducted on October 5, 2012 in Kathmandu, Nepal during the 26th CACCI Conference under the chairmanship of ACT Chairman Mr. Anura Lokuhetty. During the two-hour session, Mr. Lokuhetty gave a synopsis of world tourism, Asia tourism and highlighted the potential for the future. The session also featured Mr. Prachanda Man Shrestha, Former CEO of Nepal Tourism Board, who discussed about the regional tourism promotion and the investment policies and opportunities in Nepal, Mr. Aditya Baral, Director of Nepal Tourism Board, who analyzed Nepal Government’s tourism policy and its future targets and Mr. Madhusudan Acharya, 1st Vice President of Nepal Association of Tours and Travel Agents (NATTA), who highlighted Nepal’s tourism product and the measures that must be taken to face the tourism trends.

The 11th meeting of the ACT was organized on March 14, 2013 in Cebu, the Philippines in conjunction with the 27th CACCI Conference. With the participation of more than 30 local and foreign delegates, the Session was chaired by Mr. George Abraham who shared with the audience the current state and future outlook of tourism in Asian countries. Mr. Robert Lim Joseph, Chairman Emeritus, National Association of Independent Travel Agencies-Philippines, Inc., also spoke on the status and prospects of tourism in the Philippines. 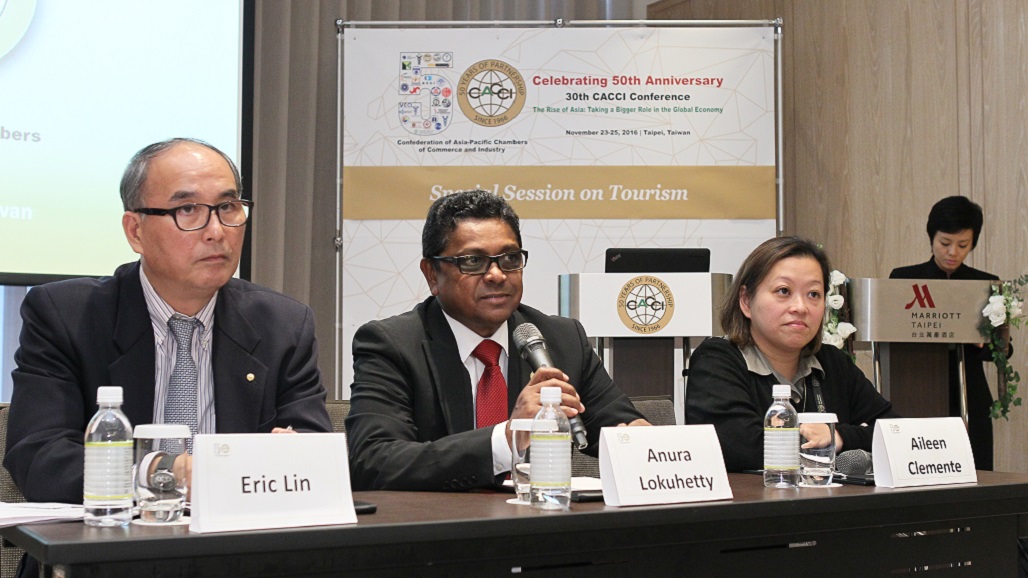 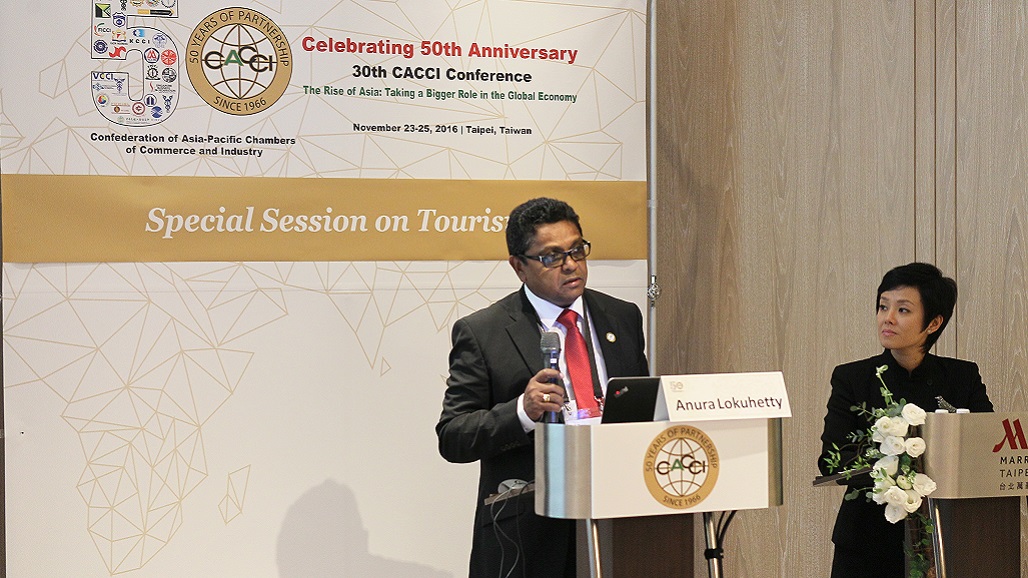 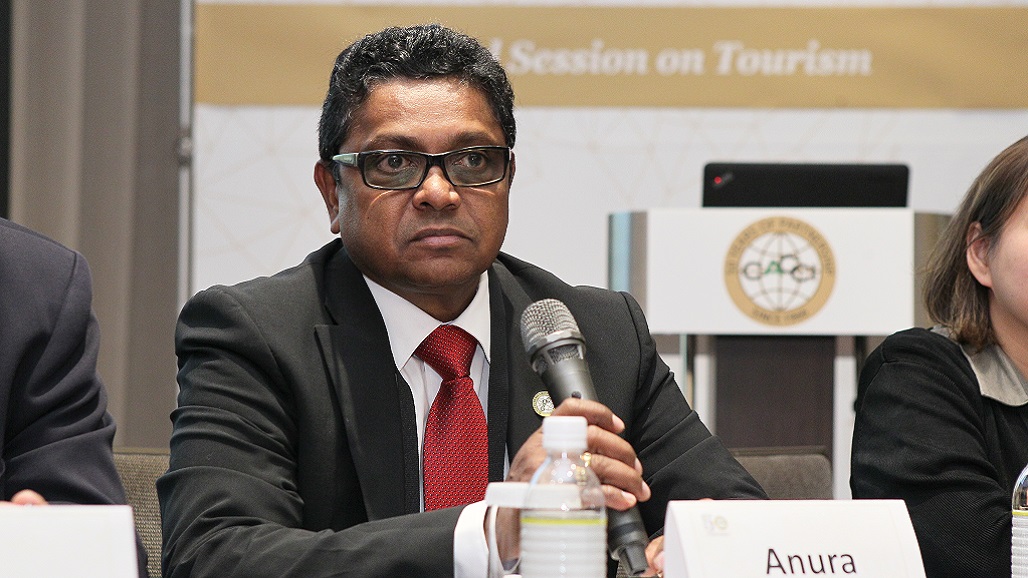 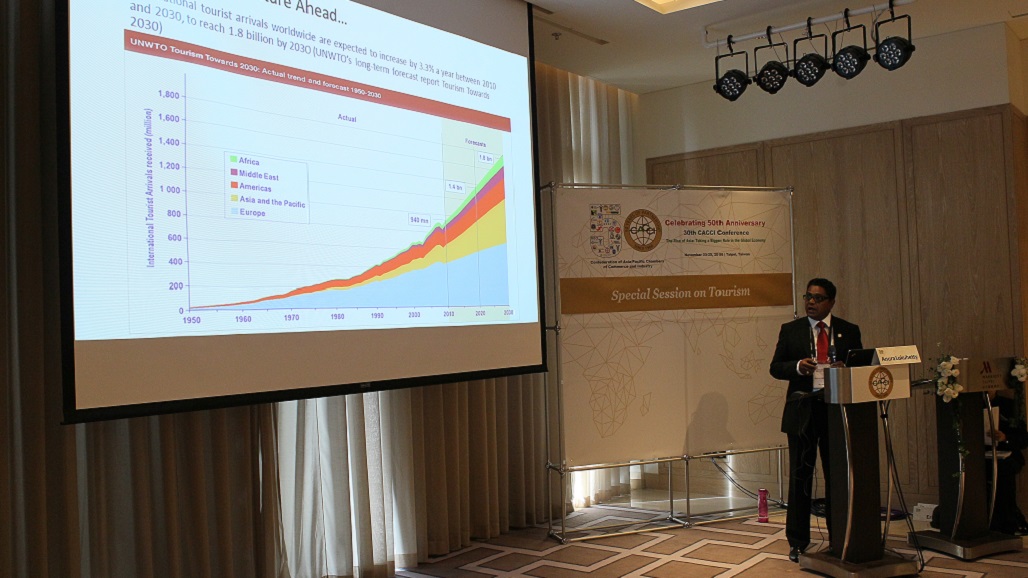 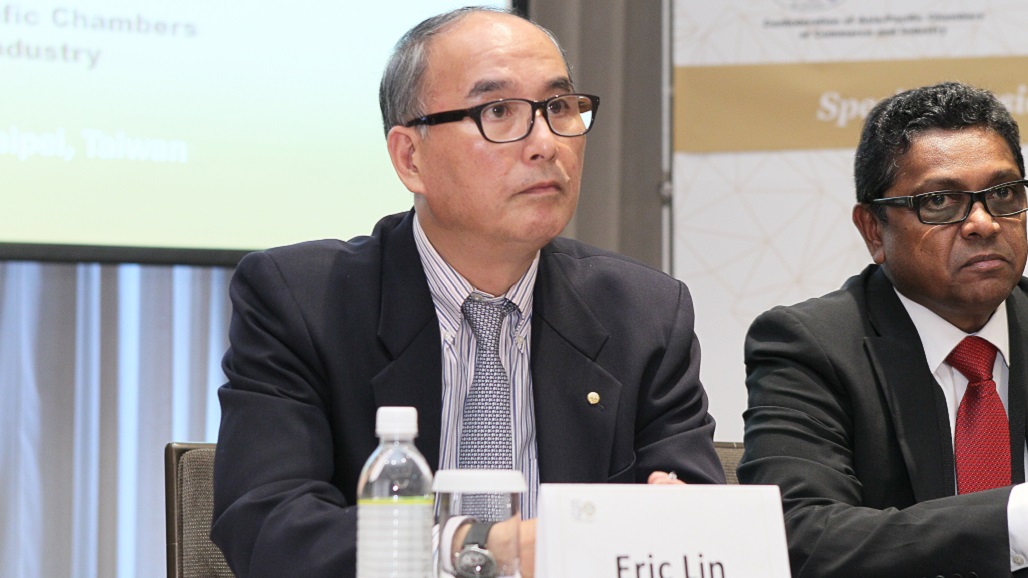 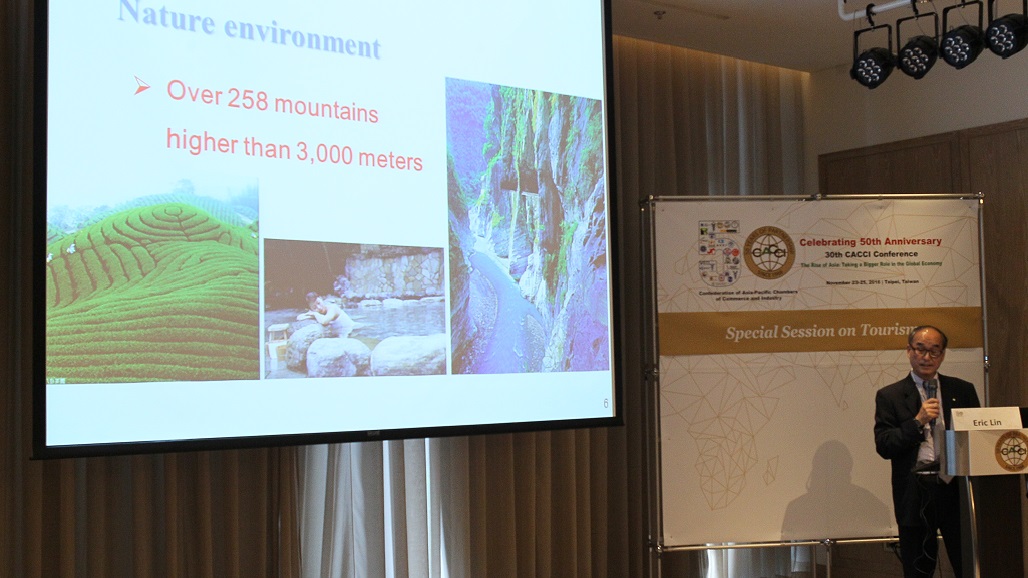 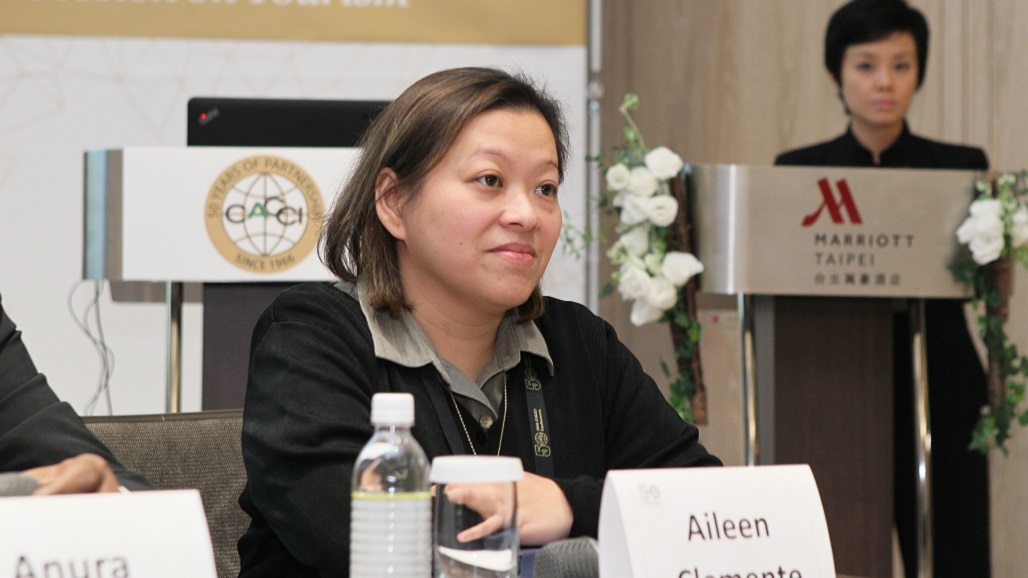 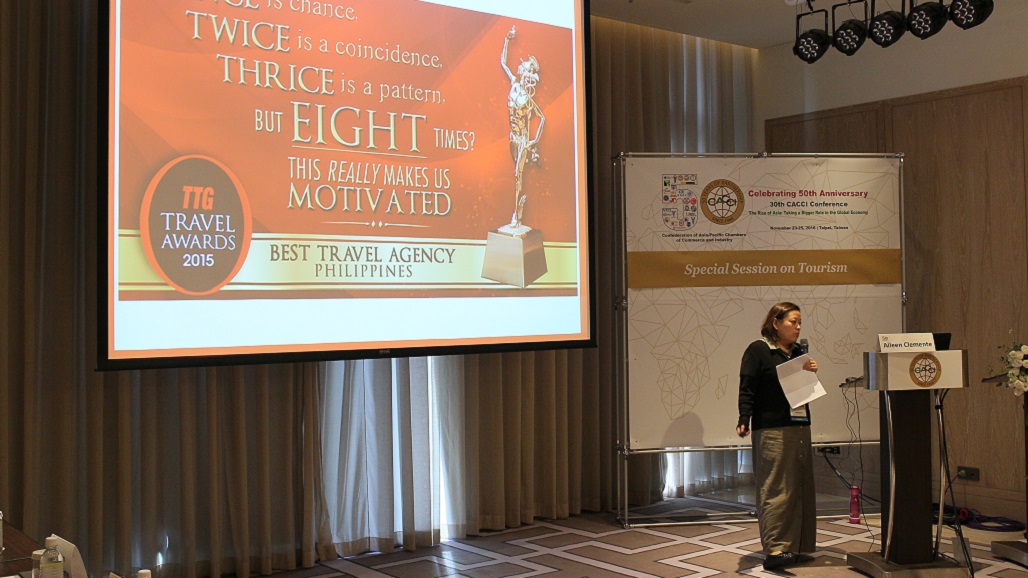 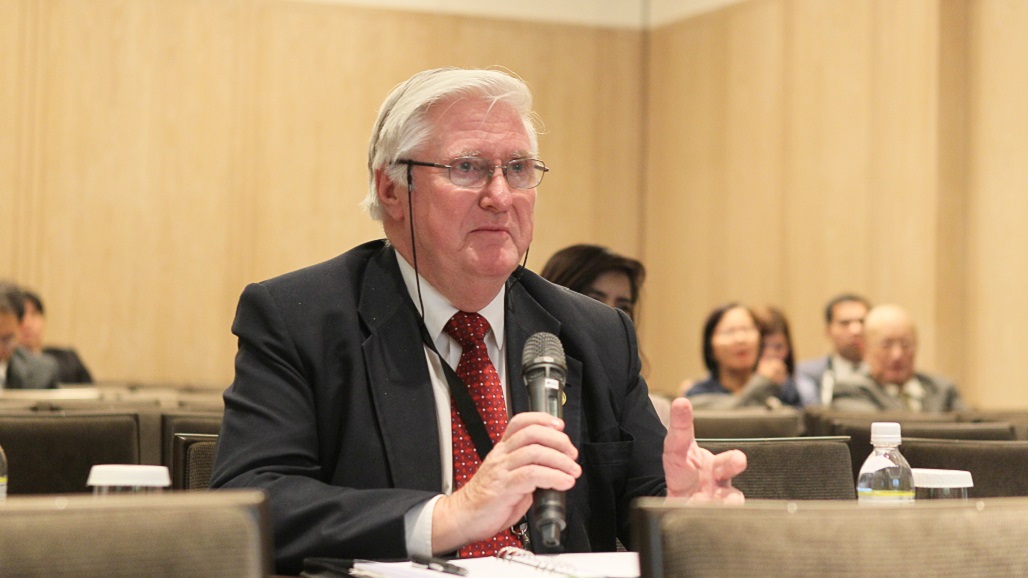 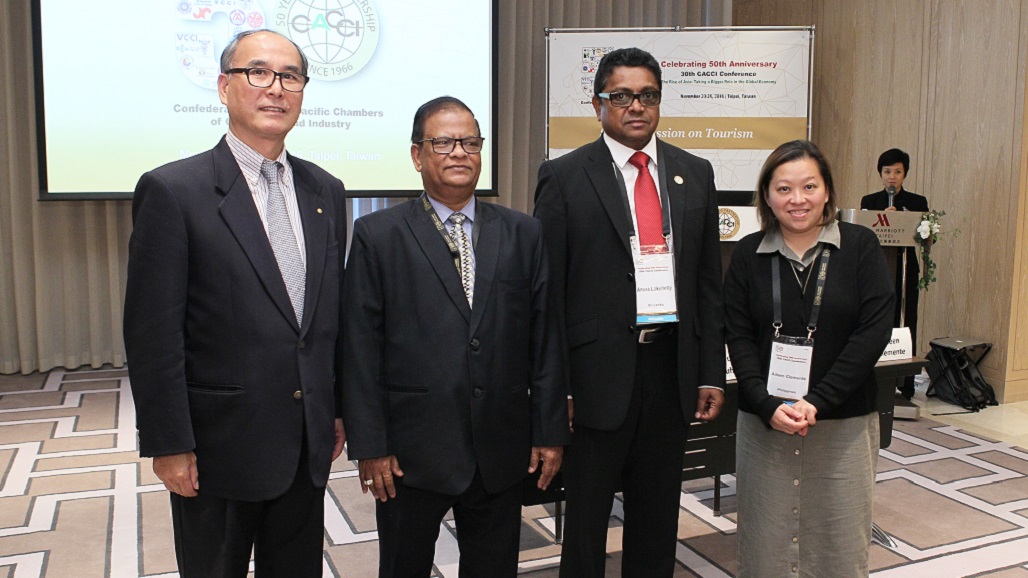 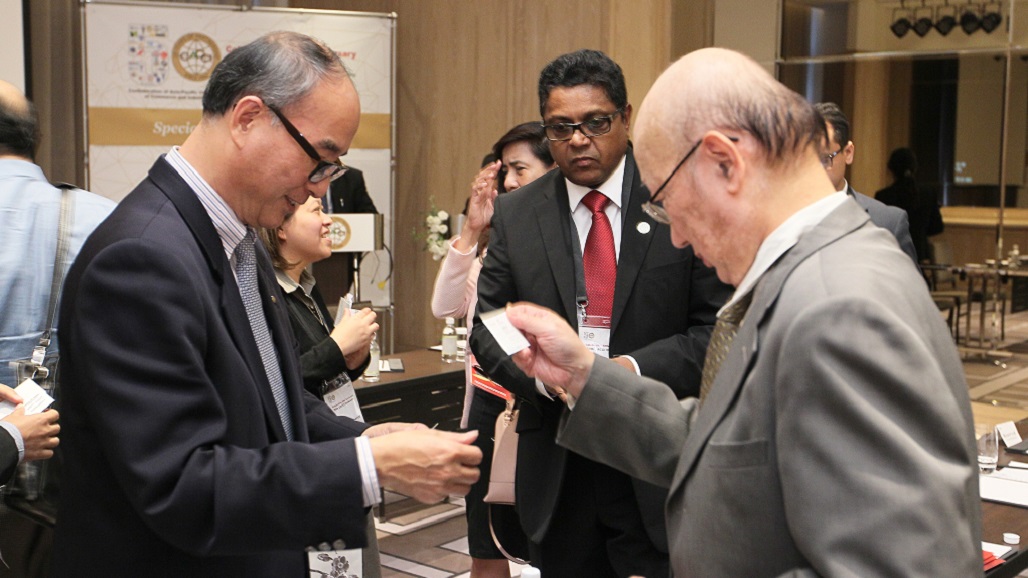