Ms. Selima Ahmad,  President of the Bangladesh Women Chamber of Commerce and Industry (BWCCI) and who chaired the roundtable discussion on women entrepreneurship, informed the CACCI Council that the session of the CACCI Women Entrepreneurs Council (CWEC) was attended by some 20 local and overseas delegates and featured the following panelists: […]

Given that nearly fifty percent of total population is female, CACCI believes that it is necessary to develop women entrepreneurship for the achievement of economic development of the nation. Many countries in the Asian region are in such position where the growth of women entrepreneurship has risen greatly over the past few years. Recognizing this development, CACCI has established the CACCI Women Entrepreneurs Council (CWEC) to provide members the forum to discuss the challenges faced by women entrepreneurs in the region and what the private sector and governments, through programs and pro-active policy measures, can do to support women entrepreneurs and help them become important contributors to the country’s sustainable economic growth.

CACCI held its first breakout session on women entrepreneurship during the Tbilisi meeting in Georgia on October 27, 2005 with the view to formally organizing a CACCI Women Entrepreneurs Council (CWEC). The idea of forming the CWEC was broached by CACCI President Mr. K. K. Modi during the CACCI Planning Committee meeting held in April 2005.

The Tbilisi meeting was chaired by Dr. Manju Kalra Prakash, Director at the Federation of Indian Chambers of Commerce and Industry (FICCI). It was attended by representatives from Georgia, Armenia, the Philippines, Japan, Singapore, and Taiwan. The meeting deferred the selection of the Chairman and Vice Chairman of the proposed Women Entrepreneurs Council to the next meeting due to inadequate representation from CACCI member countries. However, the meeting agreed on the importance of setting up the Council in promoting the interest of women entrepreneurs in the region.

Among the issues and suggestions discussed by the session included participation in the training programs or exchange programs; signing of MOUs with different women organizations from CACCI member countries; participation in CACCI-organized trade fairs and exhibitions; and sharing and posting relevant information and inquiries on trade and investment opportunities in the CACCI Profile.

Subsequent meetings were held in Taipei on November 1, 2006 in conjunction with the 21st CACCI Conference, where Mrs. Mukta Nandini from India was elected as Chairperson; in Perth, Australia on July 26, 2007 during the 73rd CACCI Council Meeting: and in Yokohama, Japan on May 31, 2009 during the 23rd CACCI Conference.

The CWEC also held the International Women’s Conference on “Retail Marketing on November 15-16, 2007 in Taipei, and a Workshop on “Effective Marketing Strategy: Domestic and International” on December 1, 2008 in Jakarta, Indonesia; on July 6, 2010 in Colombo, Sri Lanka during the 24th CACCI Conference; and on March 7, 2011 in Istanbul, Turkey in conjunction with the 25th CACCI Conference.

The eighth meeting of the CWEC was conducted on March 14, 2013 in Cebu, Philippines in conjunction with the 27th CACCI Conference. The Session was chaired by CWEC Chairperson Mrs. Mukta Nandini Jain who emphasized that women have made significant advances in gender equity, political participation and personal economic empowerment in recently years. Three local speakers were also invited to make presentations, and they were: (1) Dr. Maria Socorro, President & CEO Standout Group of Companies; Vice Chairperson, CACCI Women Entrepreneurs Council, who talked about the status and prospects of women entrepreneurship in the Philippines; (2) Mrs. Teresita M Yujuico, Chairman, Istana Foundation, who shared with the participants her experience as well as the best practices as a successful woman entrepreneur; and (3) Ms. Myrna Yao, Chief Operating Officer, Richewell Trading Corp.; Chairperson, Philippine Commission on Women, who spoke of the prospects of women entrepreneurship in the Philippines.

The CWEC co-organized a breakout session on “SME Development and Women Entrepreneurship” during the 28th CACCI Conference held on September 19, 2014 in Kuala Lumpur, Malaysia. During the session, the panelists spoke about the policies and programs of their governments to promote the growth and development of SMEs and women entrepreneurship in their respective countries, and “to empower women entrepreneurs”. The women speakers who were running their own businesses themselves shared their experiences in putting up their businesses, the challenges and difficulties they faced, and what they did to overcome those problems. Some of the speakers advised women entrepreneurs to register their businesses to better their chances of getting funding from banks. 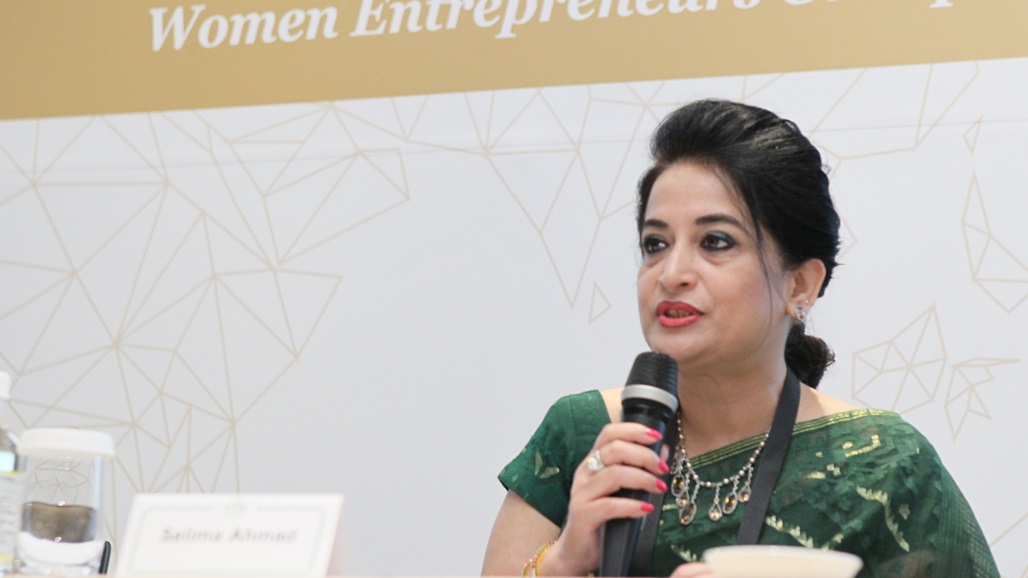 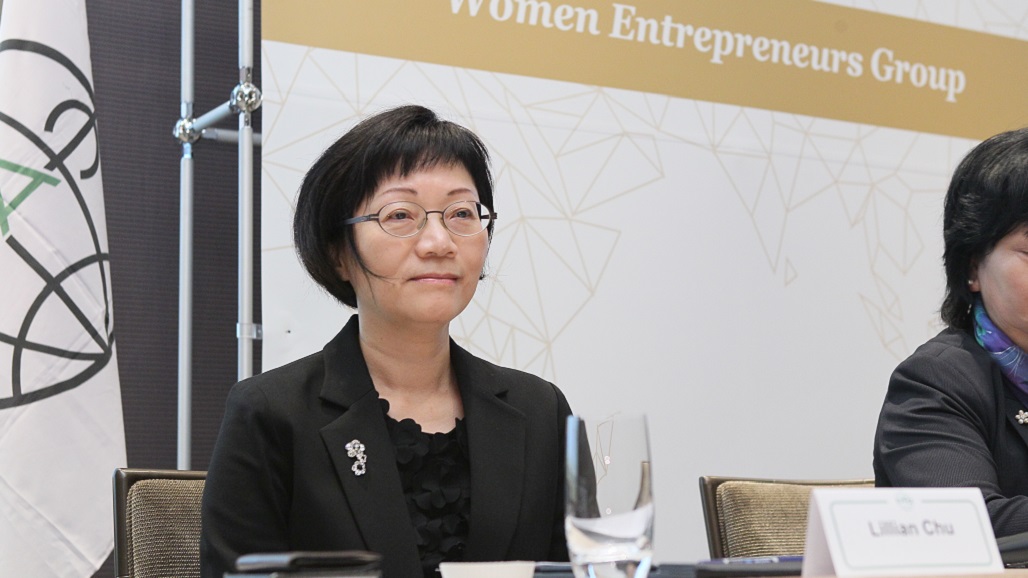 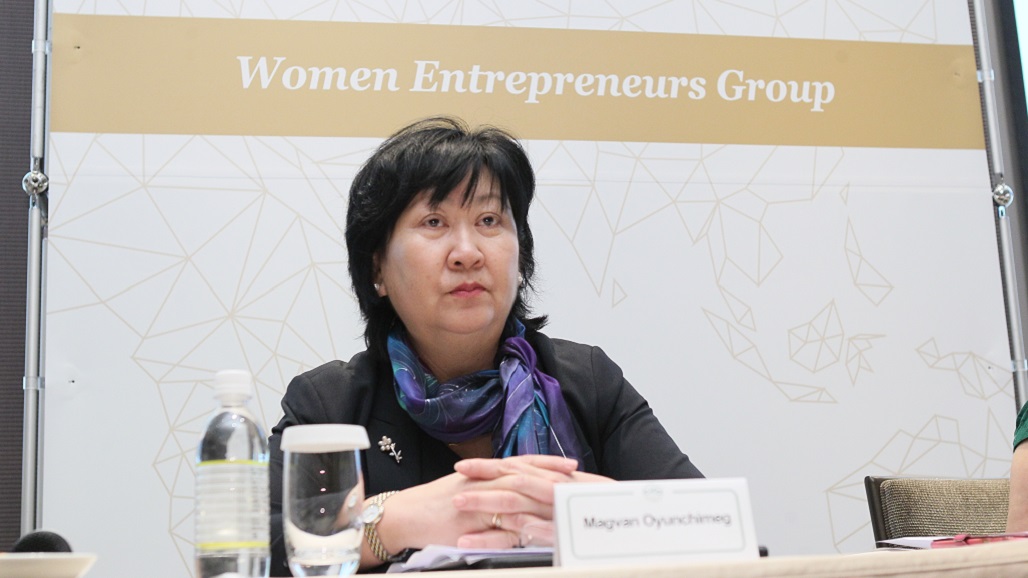 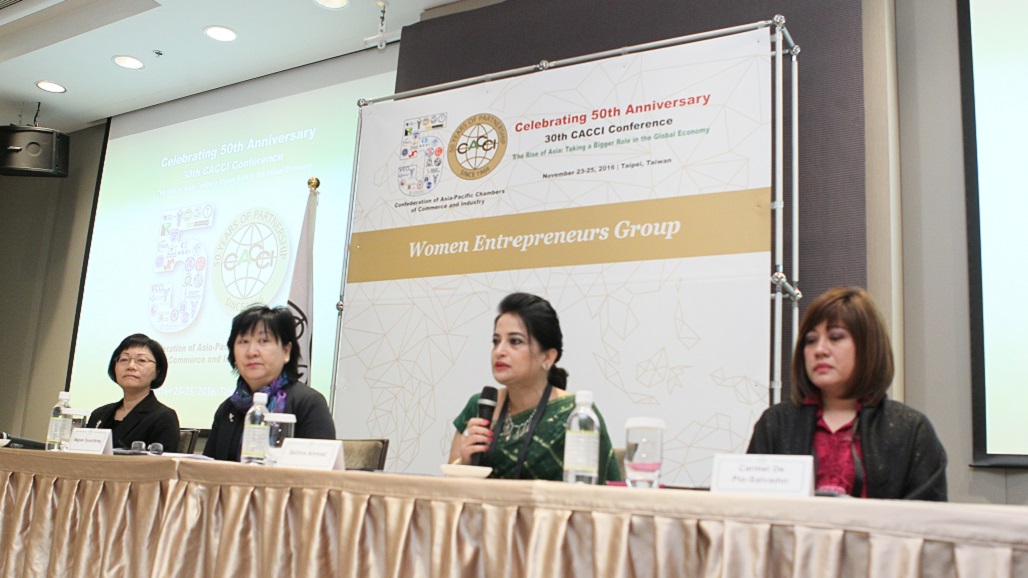 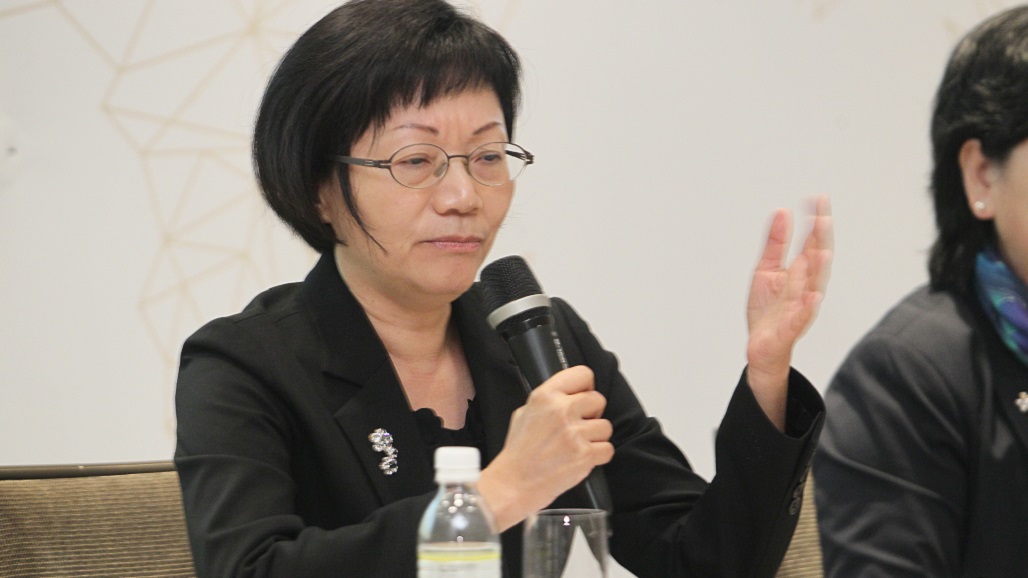 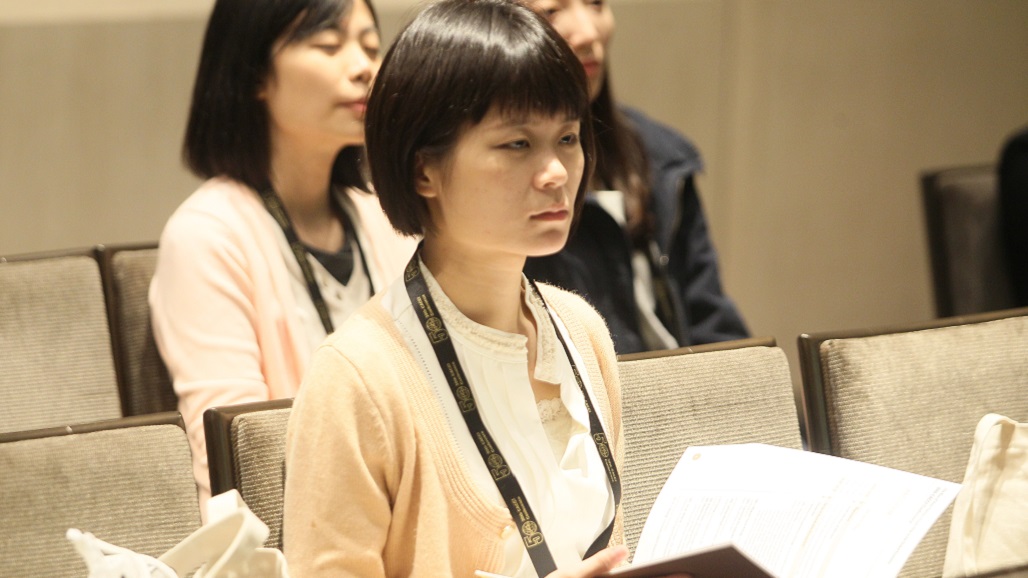 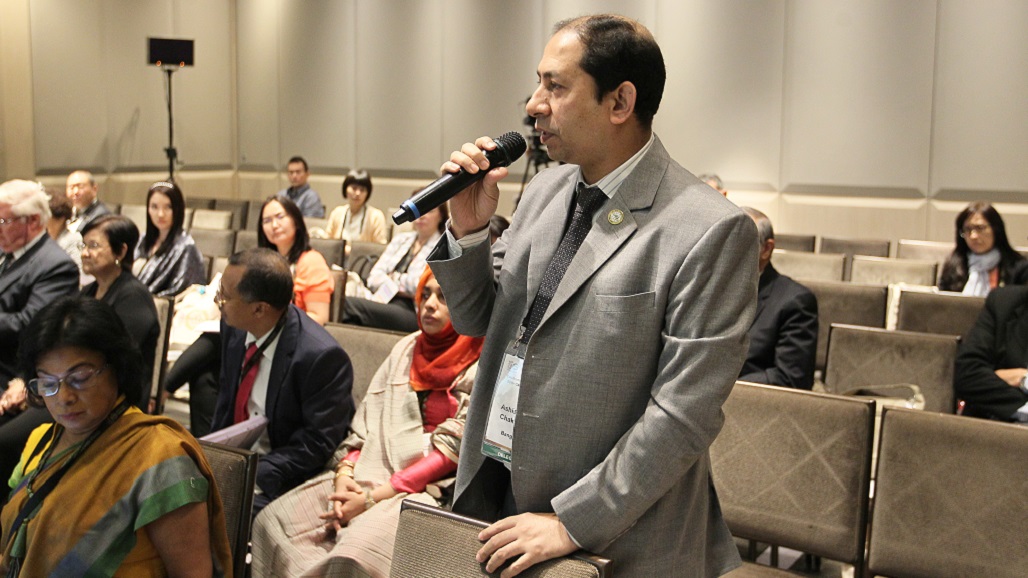 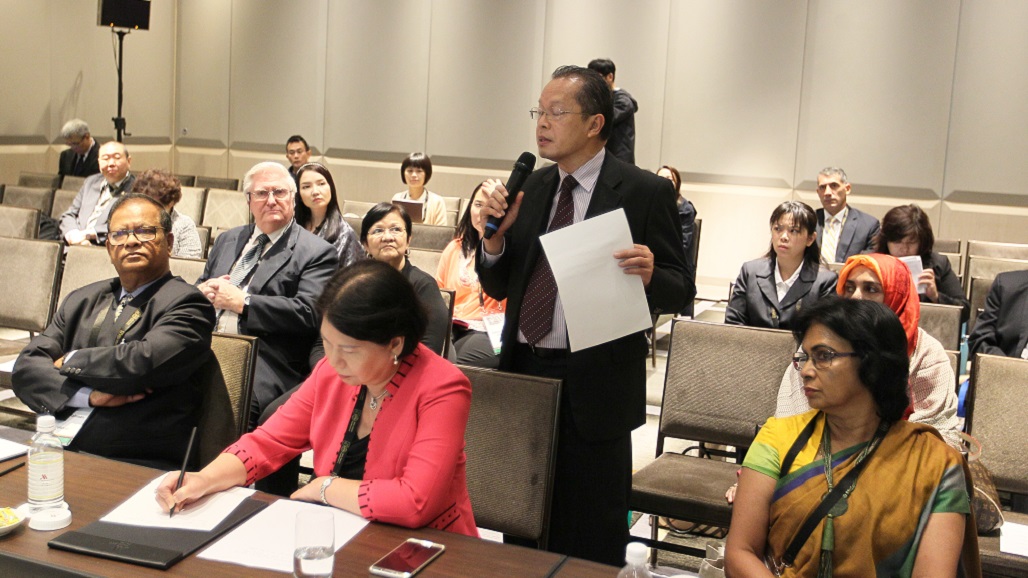 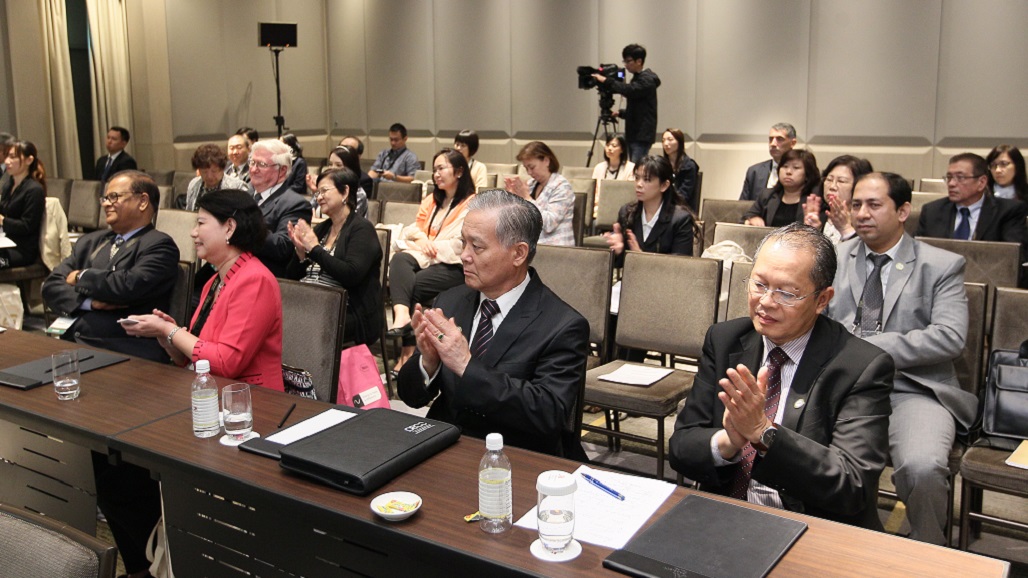 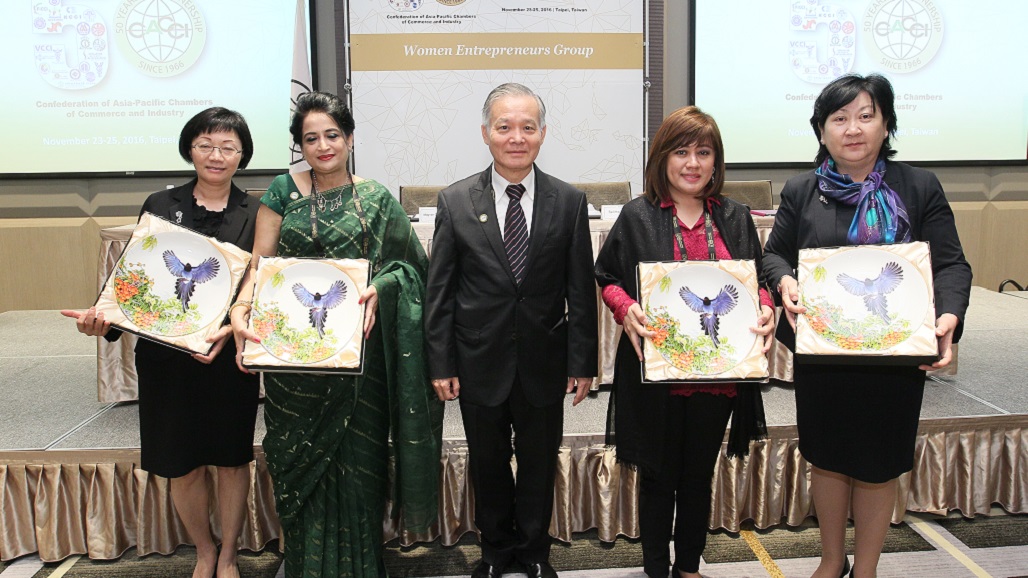