Colombo – CACCI President Mr. Jemal Inaishvili successfully led a six member delegation on a Presidential visit to Colombo, Sri Lanka from March 8-10, 2016. The CACCI visitors were received by the officers and members of the Ceylon Chamber of Commerce (CCC) and participated in meetings and activities arranged and organized by the Chamber. […] 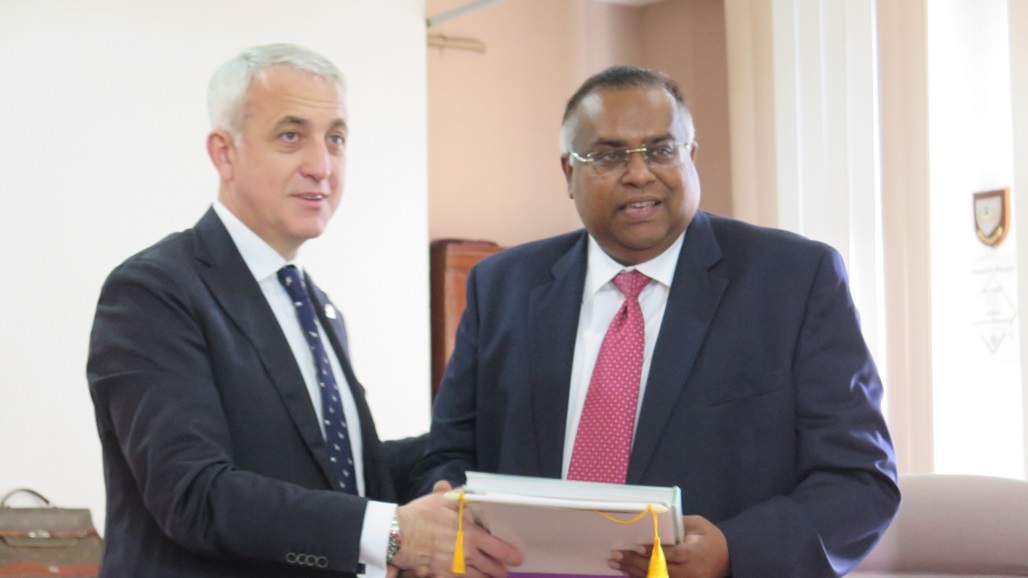 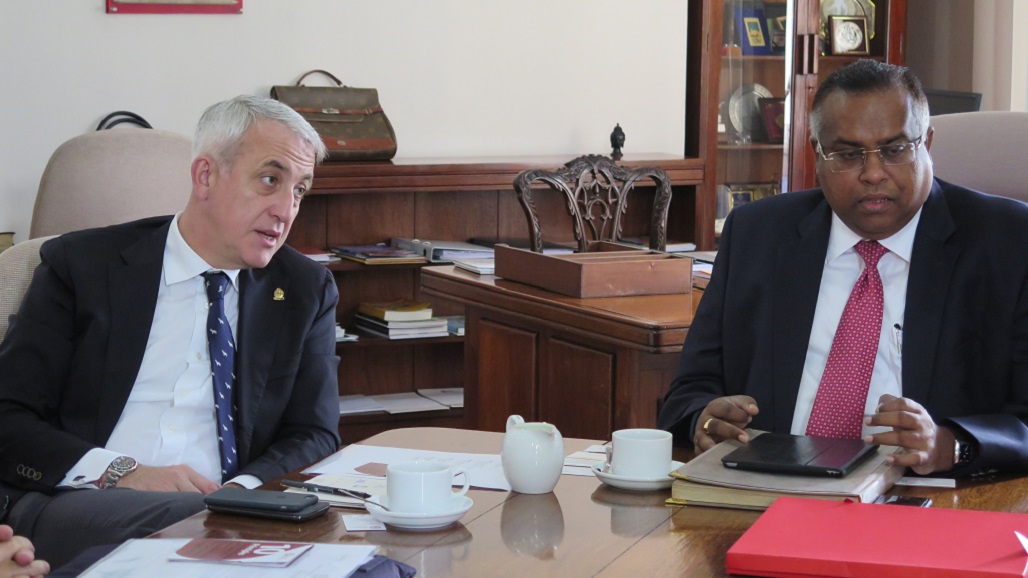 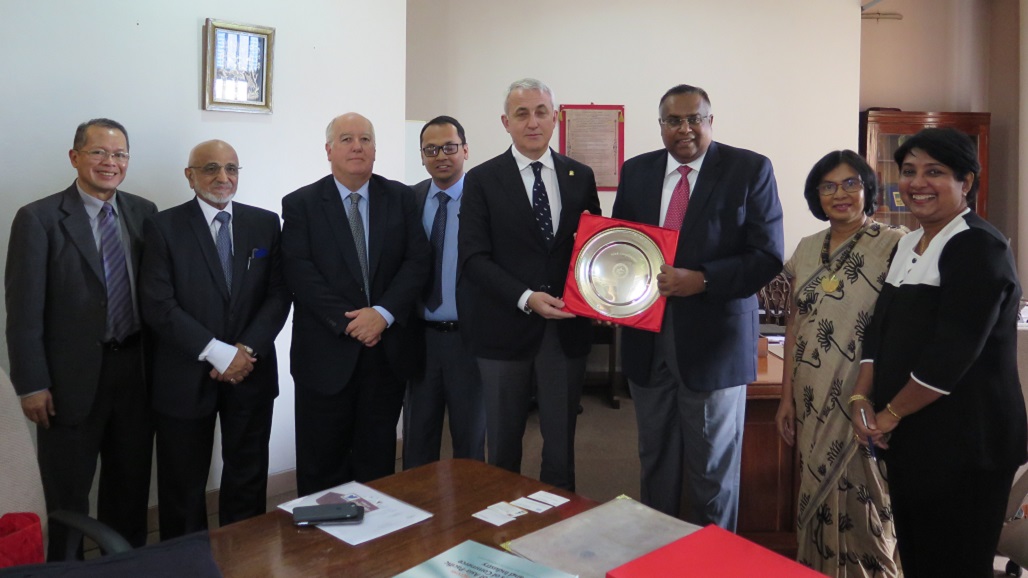 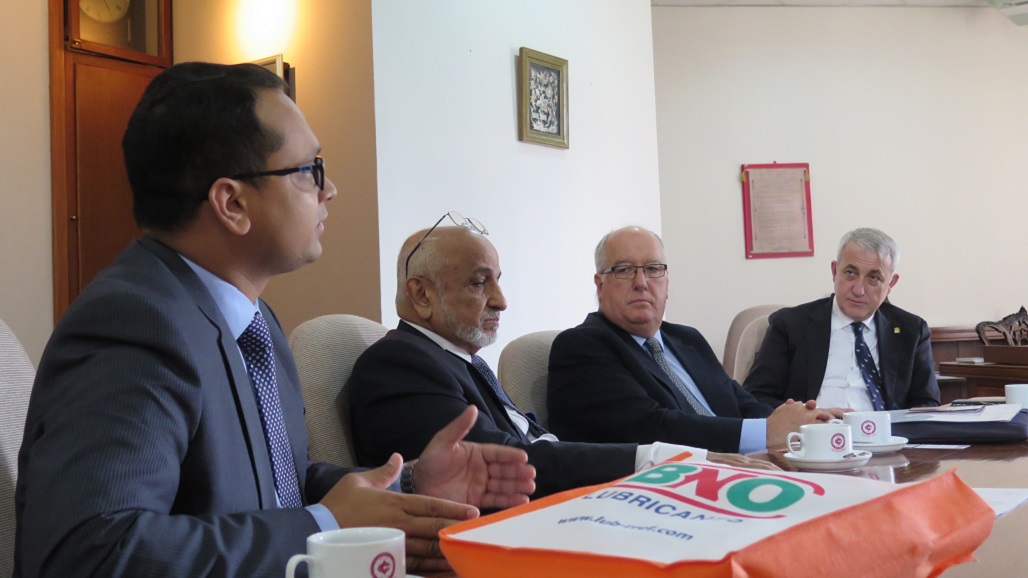 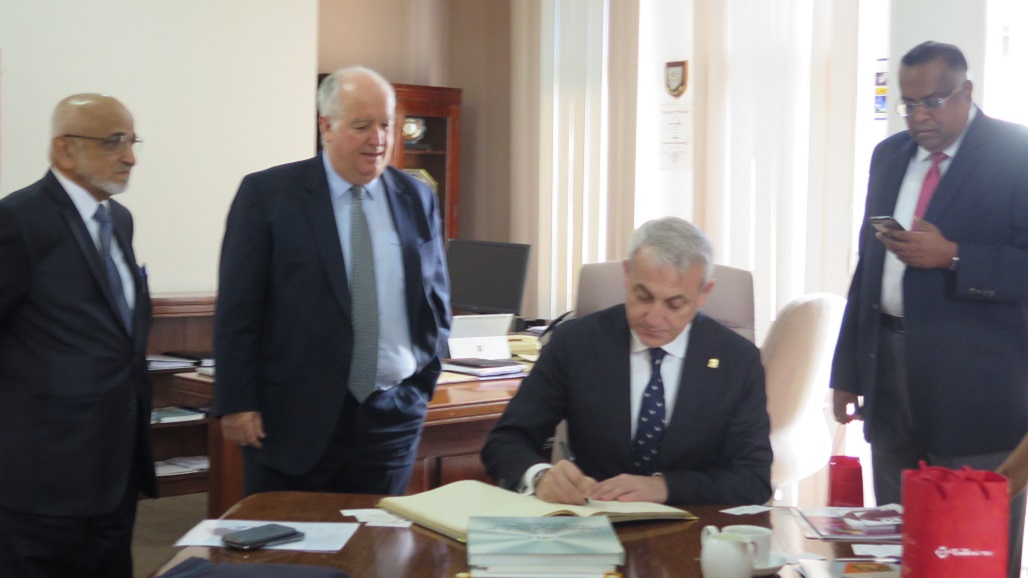 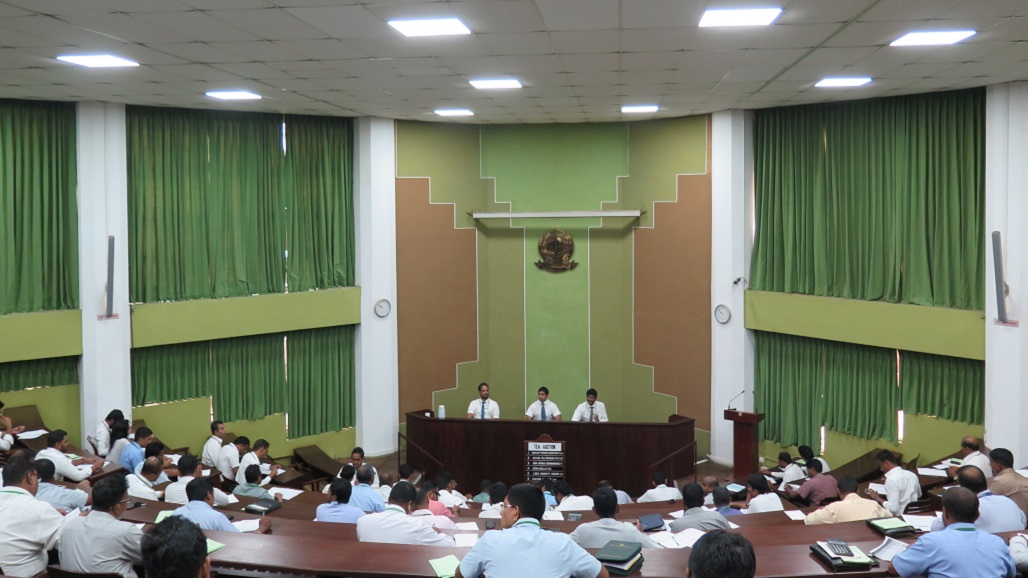 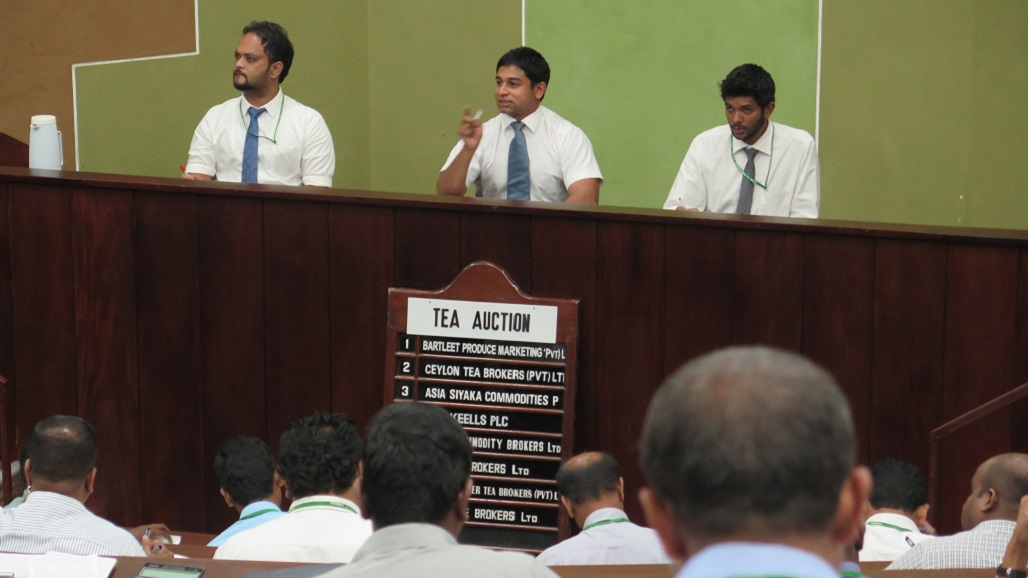 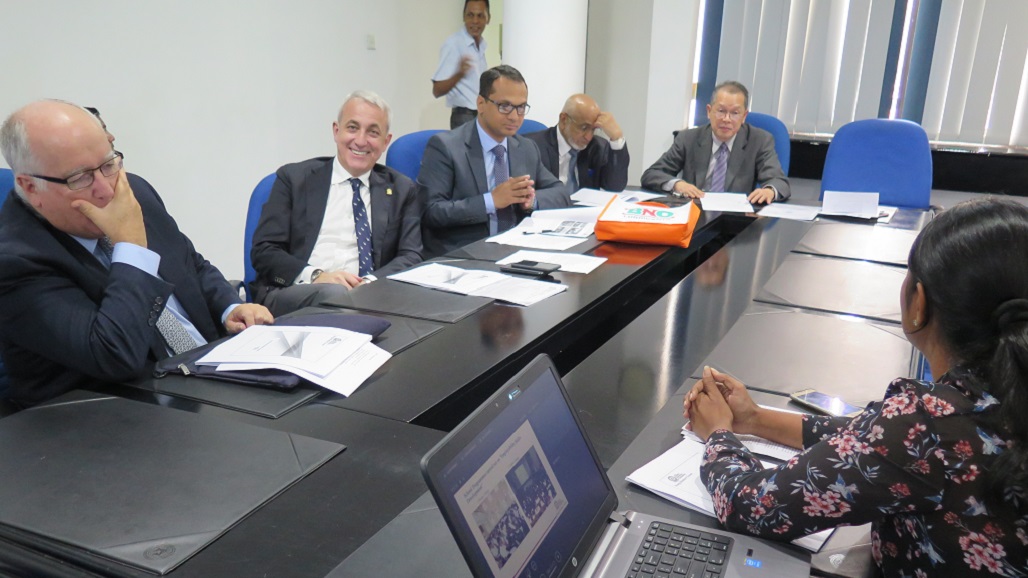 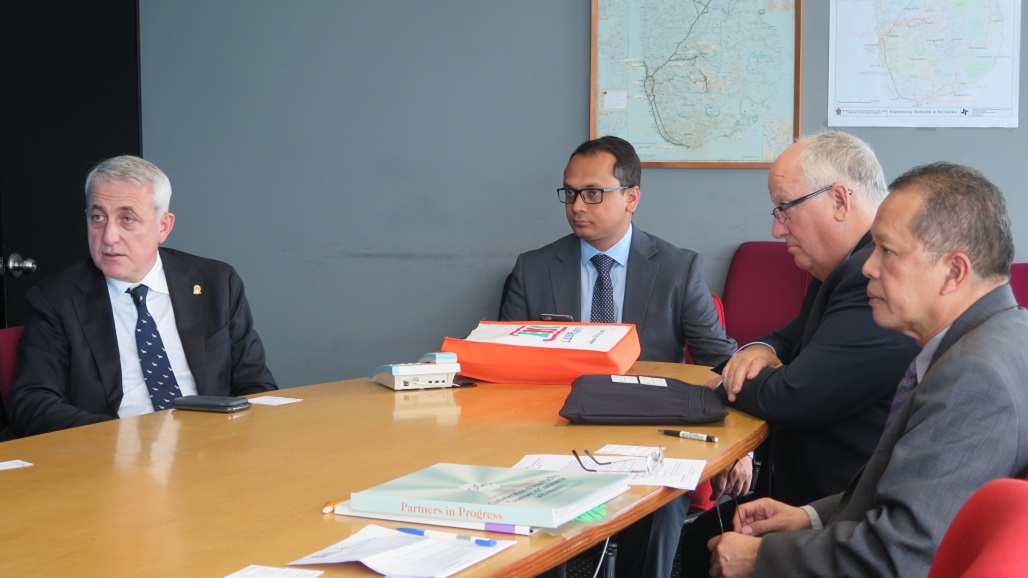 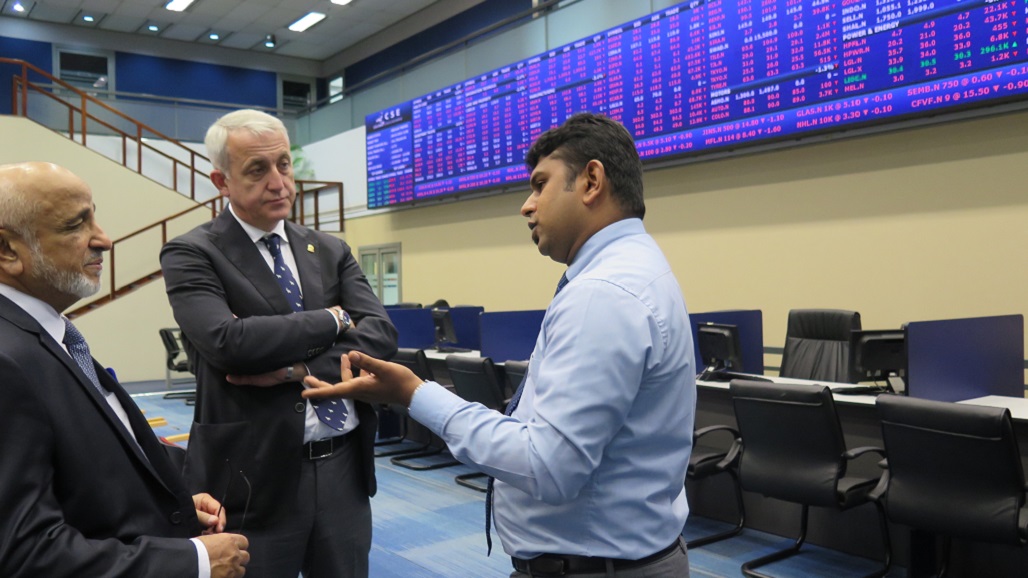 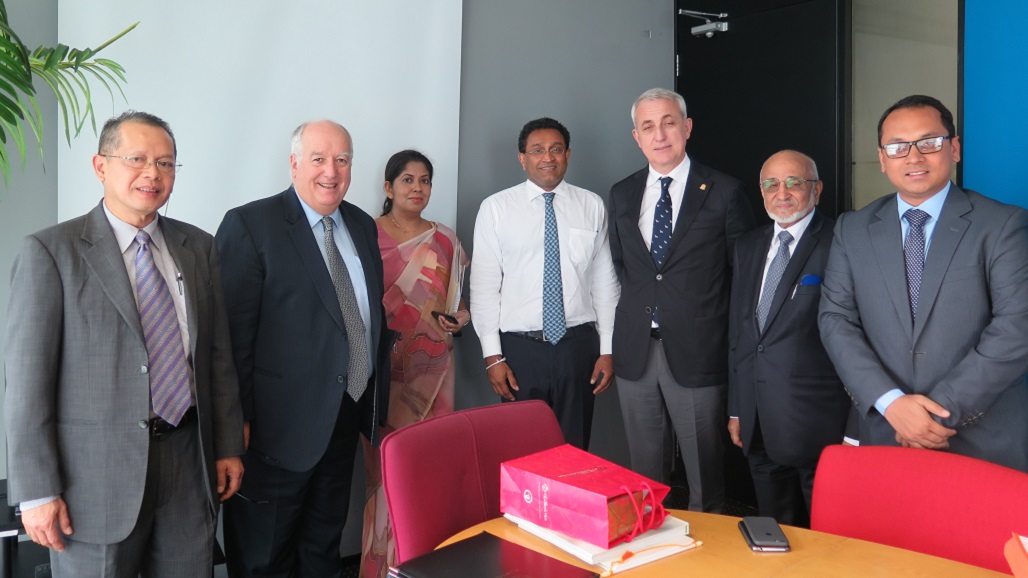 Colombo – CACCI President Mr. Jemal Inaishvili successfully led a six member delegation on a Presidential visit to Colombo, Sri Lanka from March 8-10, 2016. The CACCI visitors were received by the officers and members of the Ceylon Chamber of Commerce (CCC) and participated in meetings and activities arranged and organized by the Chamber.

Both sides had an exchange of information and ideas on the current activities of CACCI and the CCC, and on how the two organizations can further strengthen their relationship for the mutual benefit of their respective members.

Briefing on the Young Members Forum of the CCC

The delegation met with Ms. Gillian Nugaara, Assistant Secretary General and Chairperson, Young Members Forum (YMF) of the CCC. According to Ms. Nugaara, the YMF was formed in 2014 with an objective to identify, engage and develop the next generation of Sri Lankan leaders and entrepreneurs by providing growth opportunities through various programs, workshops and seminars.

CACCI Deputy Director-General Mr. Amador Honrado also gave some background information about the Young Entrepreneurs Group of Asia- Pacific (YEGAP) and encouraged YMF to take an active role in CACCI by participating in the activities organized by YEGAP, including the submission of nominees for the 6th Asia-Pacific Young Entrepreneur Award to be presented at the upcoming 30th CACCI Conference.

Meeting with the Board of Investment of Sri Lanka

The delegation was welcomed to the Board of Investment (BOI) of Sri Lanka by key BOI officers led by Mr. Nilupul De Silva, Director (Promotion) and Director-General Ms. Duminda Ariyasinghe. Mr. De Silva introduced the BOI as the Investment Promotion Agency of the Government of Sri Lanka, serving as the central facilitation point for investors. His office provides assistance and advice throughout the investment process, from the application stage to the commercial operation.

On the evening of March 8, the delegation attended the Inauguration and Strategic Networking Reception of the Sri Lanka Investment and Business Conclave 2016 held at the Cinnamon Grand Hotel. Organized by the CCC, the Conclave aimed to provide an opportunity for Sri Lanka to showcase its economic potential to over 120 prospective investors, who attended the three-day event, which started on March 8. Foreign Investors from 27 countries took part in this event, with the largest numbers coming from Kuwait (25), South Korea (21) and China (17). The areas where investors were keen to find opportunities included Export Manufacturing Agriculture, Infrastructure Development, Export Services, local Knowledge Services, Power and Energy, Tourism and Leisure sectors.

The three-day conclave enabled over 125 overseas investors to network with nearly 130 Sri Lankan business executives, attending this event, representing top local firms. The Conclave also allowed the investors to meet up with top government officials and local business community during the B2B meetings.